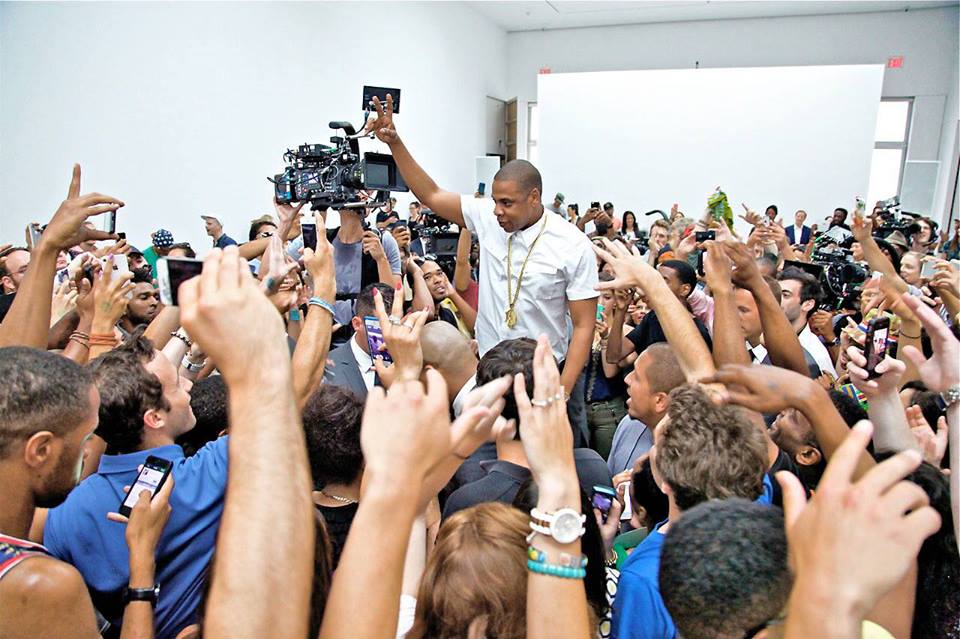 Jay-Z is currently on his ongoing Magna Carta world tour and has dedicated his rendition of hit “Young Forever” to the memory and legacy of former South African president Nelson Mandela.

The hip-hop mogul paid the tribute during his tour stop in Los Angeles, California on Monday evening, Dec. 9. The image of Mandela was displayed as Jay-Z performed “Young Forever” featuring Mr Hudson, a track from his eleventh studio album Blueprint 3, which was released back in 2009.

Before launching into the selection, the Holy Grail rapper briefly explained that Nelson Mandela is a great role model of triumph through struggle to his audience at Staples Center.

“We want to dedicate this song to Nelson Mandela. A great man, spent 27 years in prison, came out to be president. All dreams are possible,” said Jay-Z. “Tonight I’m living my dream in front of y’all. So anyone out there who got a dream, y’all chase that motherfucker down as hard as you can.”

“Forever young, I wanna be forever young / Do you really want to live forever, forever, and ever? / Forever young,” as the track’s chorus started playing, the crowd took our their phones and waved them in the air. The rapper and the audience sang in unison, dedicating the tune to Mandela.

Nelson Mandela, a South African activist and an iconic leader of the anti-apartheid movement, passed away last Thursday, Dec. 5. He was 95. A public memorial was held for him at the FNB Stadium in South Africa last week.