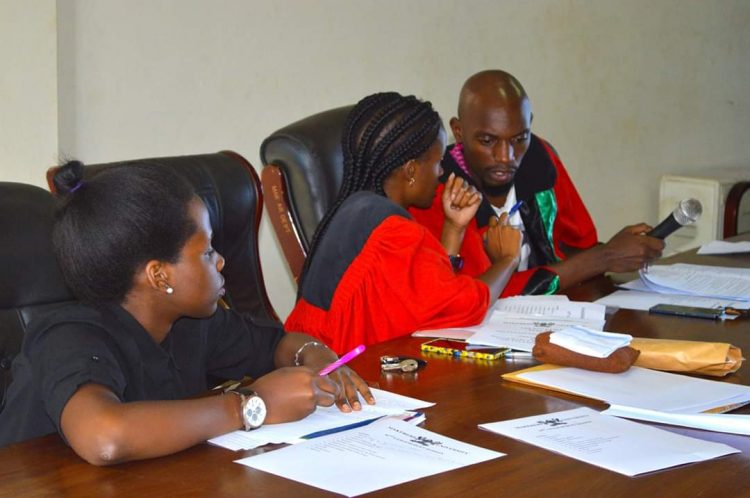 Jothan Yamureebire, alias Burobuto, a two time Guild Speaker of Makerere University has been out of the camera scene since his days as Uganda National Students’ Association (UNSA) president. Those days may be coming to an end however after our snoops unearthed the student leader doing sweet nothings to sustain his sprouting love life with a one Brenda Wagaba his former Deputy Guild Speaker.

While serving the 83rd Guild as Guild Speaker, he met a little bright eyed Brenda Wagaba from the School of Public Health, who served as his deputy. Folks say the moment they set eyes on each other, the two lovebirds started off a tense romantic relationship that is rumoured to be having a bun in the oven. Only time will tell surely.

Yesterday, our snoops landed on the two lovebirds somewhere in town, spoiling each other like little kindergaten babies. The two ran off when they observed our snoops taking pictures of them in their lovey-dovey moment.