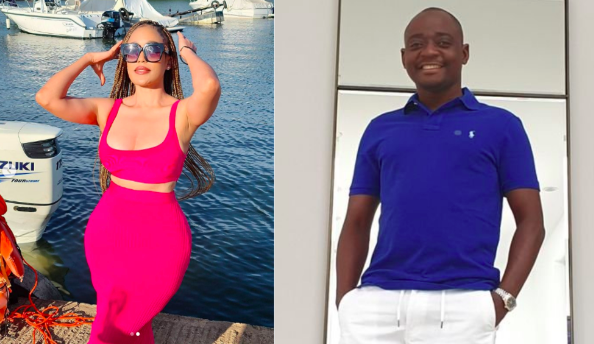 The Campus Bee has been hovering around the streets of Kansanga and has harvested some nectar. The latest we have in the Hive is that embattled tycoon, Hamis Kiggundu, popularly known as Ham is dating a shot Kampala International University babe. This sexy, Zari-look alike named Martha Ainomugisha is driving the Kampala moneybags crazy.

Close pals to Martha intimated to Campus Bee that the young money dude has rented a lavish apartment in the leafy Muyenga hill for Martha. We are told Martha also has unlimited access to the palatial home of Ham in Ggaba.

“He (Ham) pays for her tuition fees at KIU and they’re madly in love. Despite Ham siring kids from other women, she’s determined to be his official number emu,” a pal told Campus Bee.

And true to the above confession, Martha’s Instagram bio tells it all as she calls herself “HAMZ: MAin.” We are told Martha is ready to convert to a muslim to secure the diamond ring.

Ham is madly in love to an extent that he has given one of luxurious Mercedes Benzes to the KIU damsel. She’s always viewed snapping herself cruising in the Benz around the tarmacked roads of Muyenga Tank Hill road.

Should we expect a lavish introduction ceremony soon? We sure shall keep you posted!