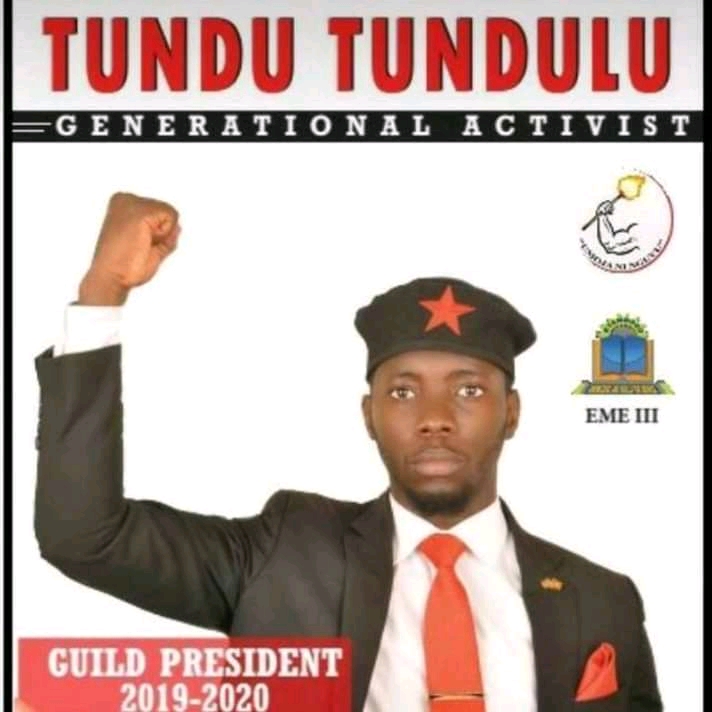 Tundulu, an independent candidate but vying under the People Power pressure group, garnered 2789 overall votes and won the tightly contested election ahead of FDC’s Atto Sebbi Juma who tallied 2634 votes creating a difference of only 155 votes in all polling stations across the University.

The Guild Presidential contest is said to have been primarily between these two candidates. Kalulu Nicholas from the Faculty of Science came third with over 1489 whereas Ahabwe Christian tallied 1133 votes thus coming fourth.

By 6:00 PM during vote tallying, Atto Ssebi Juma and his team had already started celebrating after winning most of the faculties at the East end of the University. It was only when Tundulu and his team checked with the Faculty of Engineering that hope was restored and victory was assured with Tundulu winning Juma with a margin of over 400 votes at this faculty.

The Electoral commission under Shabil Ojambo Wabwire dismissed these claims and declared Tundulu Jonathan Guild President at exactly 2:00 AM today.

Tundulu was spotted traversing Campus with his supporters early Friday morning after being declared Guild President. He takes over from FDC’s Amanya German and has a humongous task of selecting a formidable government to revamp the status quo of Kyambogo.

The key question that students are pondering over is as to whether Tundulu will work in the interests of the students’ fraternity or provide more of the same. We shall keep you posted!

Tundulu is a renowned students’ activist at Kyambogo University. Popularly known as Tundu Tundulu, he pursues a Bachelor of Engineering in Mechanical and Manufacturing Engineering in his third Year. He served as a Guild Representative Councilor (GRC) for Faculty of Engineering in the 2018/2019 Guild House before declaring his interest in the Guild Presidential seat.