Ahmed is enthusiastic about his job and in fact most of his friends refer to him as ‘butcher-man.’

Ahmed Mukiibi is a first year electrical engineering student at Kampala International University Kampala campus who when not in school, part-times at his Uncle’s butchery.

Ahmed started working at his uncle’s butchery in his senior six vacation, way back in 2013 and ever since then his never looked back. Ahmed is one of the many students that applied for the government loan scheme program for it was the aim to finance the science oriented students. Luckily, he managed to scoop one for himself and so that’s how he managed to get into university.

When in school, he uses his butchery job to get him the money for upkeep; money needed for upkeep and buying handouts plus all the other necessary needs.

Unlike many campusers who would never be proud to be associated with this line of work, Ahmed is enthusiastic about his job and in fact, most of his friends refer to him as butcher-man. 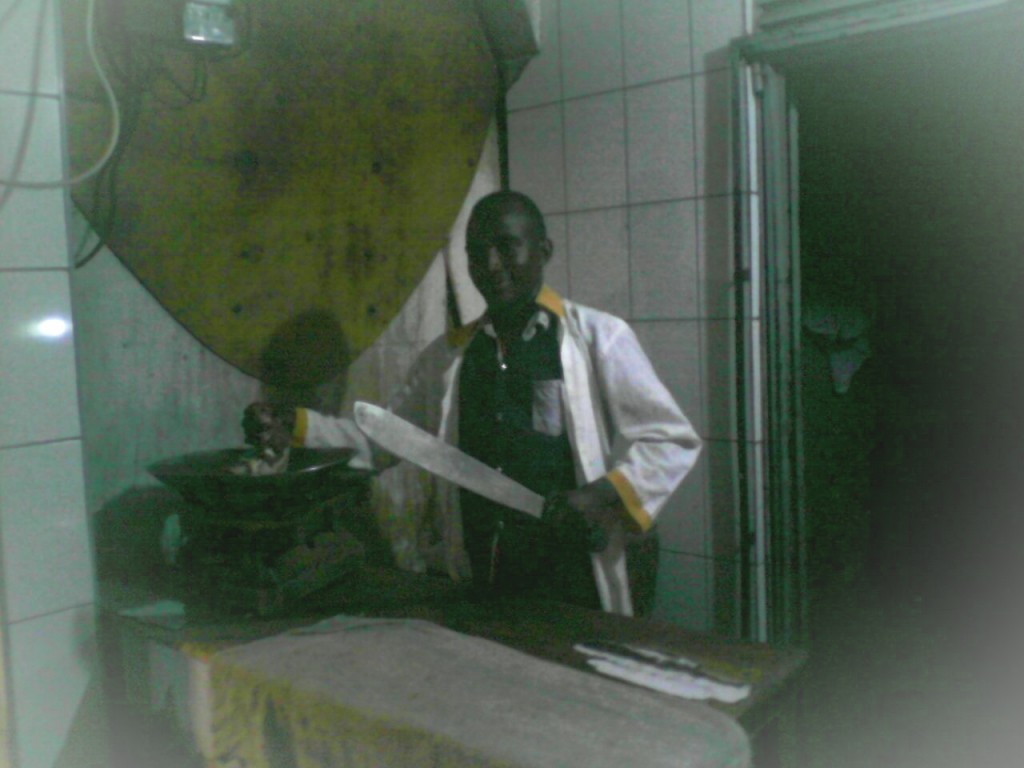 He works on Thursday, Saturday and Sunday. On a Thursday, he earns shs20,000 and the two weekend days earns shs40,000 daily, in total making it shs80,000 for the weekend. This is because of the increased sales on the weekends as compared to the other days.

With approximately two years in this field, Ahmed has no problem about his job except that sometimes on the weekends, there are tests back at school and so he has to absent himself from work yet he actually needs the money. From his earnings, he hopes to open up a big shop selling electronics and he has also managed to purchase a piece of land for himself.