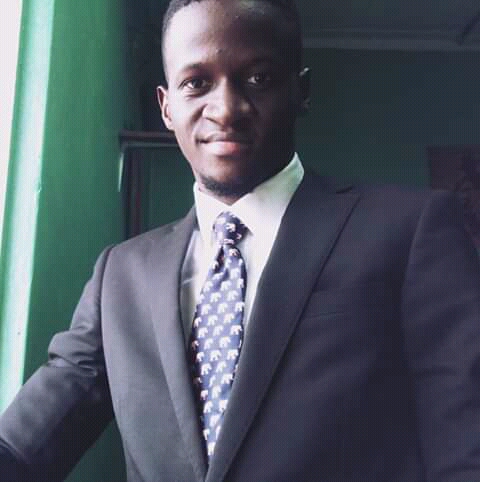 Kitaka Aziz is a second year student at Makerere University pursuing a Bachelors of Law (LLB) on government sponsorship. Being sponsored by the government, hasn’t stopped him from being creative and innovative.

When he joined Makerere in 2018, he was amazed with the way how lawyers were struggling with research and to get references of their work and most of them were paying other people to assist them, this cost most of them their time and they ended up submitting in late.

Having had a law background from one of his relatives, Aziz decided to think of ways of how he can utilize that opportunity.

Later on he was approached by a friend who was in third year and this marked the beginning of his research journey.

“In my first semester at the Law School, I had a friend of mine called Timothy who was in third year by then at the same school who narrated to me the struggle they go through and he adviced me to get prepared for it when my time comes. In my mind, I started thinking of ways of how I can gain experience by assisting them so that I become an expert and indeed I am an expert now.” Aziz explained.

Timothy taught Aziz how everything is done, even though Aziz was still a fresher, he didn’t hesitate to learn new things. In the middle of his second semester at Makerere, he had started assisting the law students starting with his friends and Timothy’s friends.

“Timothy referred some of his friends to me for assistance which I did and their feedback was positive and those were the ones who went on spreading information (advertising for me) and that’s how it started. Later on, I decided to brand my enterprise Kita Legal Research.” Aziz added.

On top of assisting law students in research, he decided to start writing law articles to be used by both law students and lawyers as a source of reference in their research work and these include Sports and the Law in Uganda, Constitutional Elucidation in Uganda, The Law and the Transport in Uganda among others.

Most of them are used globally through websites such as Academia and studio.com.
His Law articles have also been used by lecturers from KIU and MUBS to enrich themselves with knowledge. In addition to the above, the International Law book Facility (ILBF) accepted his application and they promised to send him different Law books in order to boost his legal research company (Kita Legal research).

“I always help students who have difficulties in research work even if they are from other colleges and universities, I am always there for them, but one of the challenges that I face is that some clients don’t want to pay me after assisting them but I hope this will change.” He concluded.