by Campus Bee Staff 4 years ago4 years ago
Share via

Vision Group’s Robert Kabushenga once said that “sadly life is tough and you are going to wait until you finish school to work ‘on your dreams’ , then you have to start from scratch”….. this is a line that Makerere University’s Daven Ariho crammed by her finger tips.

The second year Library and Information Science student doesn’t believe that there is only one path to success. She appreciates every kind of art through music, dance, fine art and her biggest love, fashion which she chose to invest in and invested big. 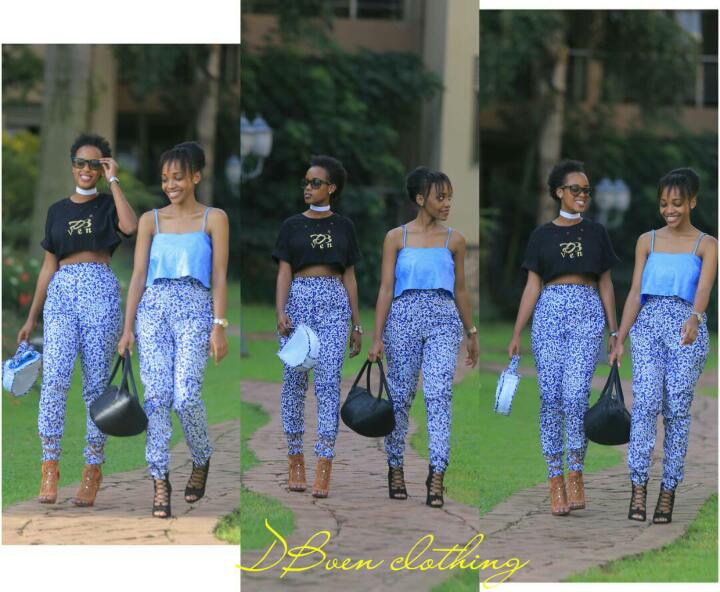 At just 20 years of age, Ariho owns ‘DBven’ a clothing line dealing in ladies trendy outfits and pants which she runs alongside school. Talking to this website, Ariho says starting out was never easy as the first tailors she got in touch with almost spoilt everything for her.

“I almost felt like giving up there and then, I paid a lot for labour and materials and they literally messed it all up and took a long time to make my things- which delayed my starting. But I keep learning more and more about this whole field so I can’t complain. It’s a rough ride but it’s worth it in the end am sure I will not regret it,” she says. 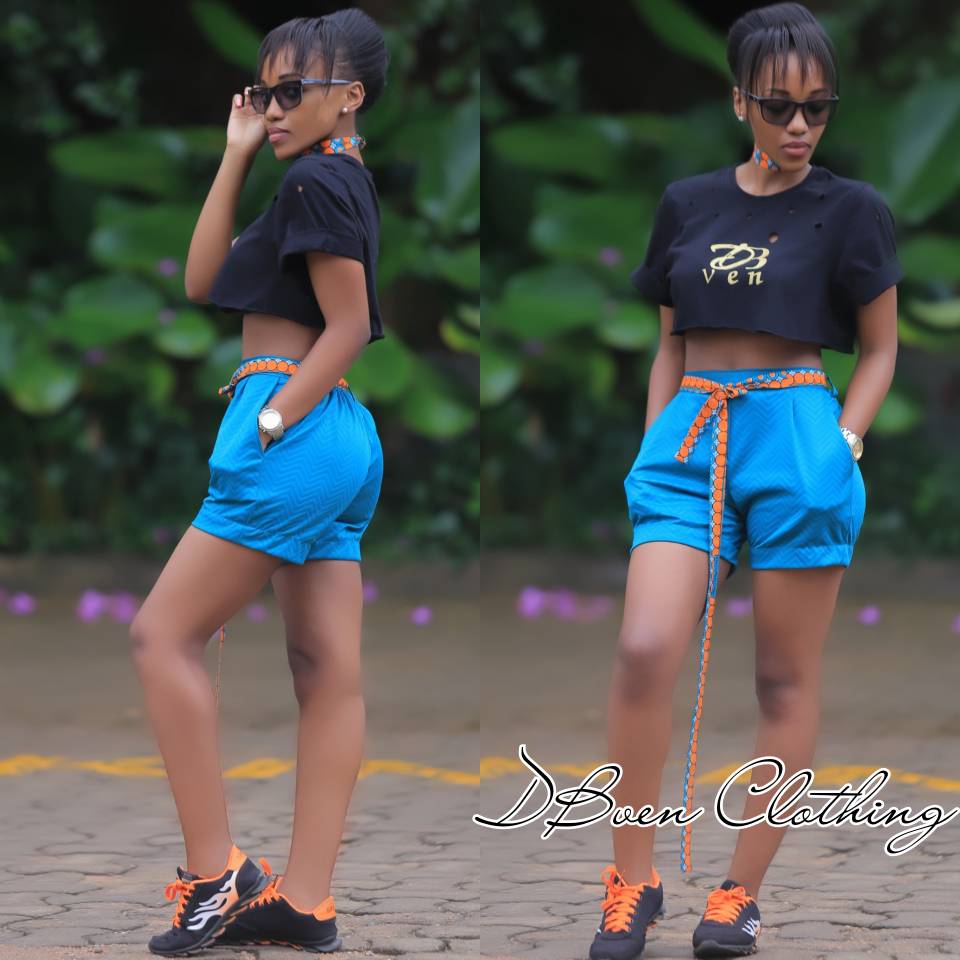 Asked where she drew her inspiration from, Ariho says her love for fashion and the fact that she has always wanted to be her own entrepreneur pushed her to levels. She’s however quick to point out her mother’s support in providing capital and Bridget her best friend for always supporting her.

“Her moral support, always being there for me and pushing me higher even when I felt like giving up has been her greatest contribution in my life and I had promised myself that she would always be apart of my dream ?. The DBven is a combination of Daven and Bridget,” the enterprising student talks fondly of her friend, Bridget. 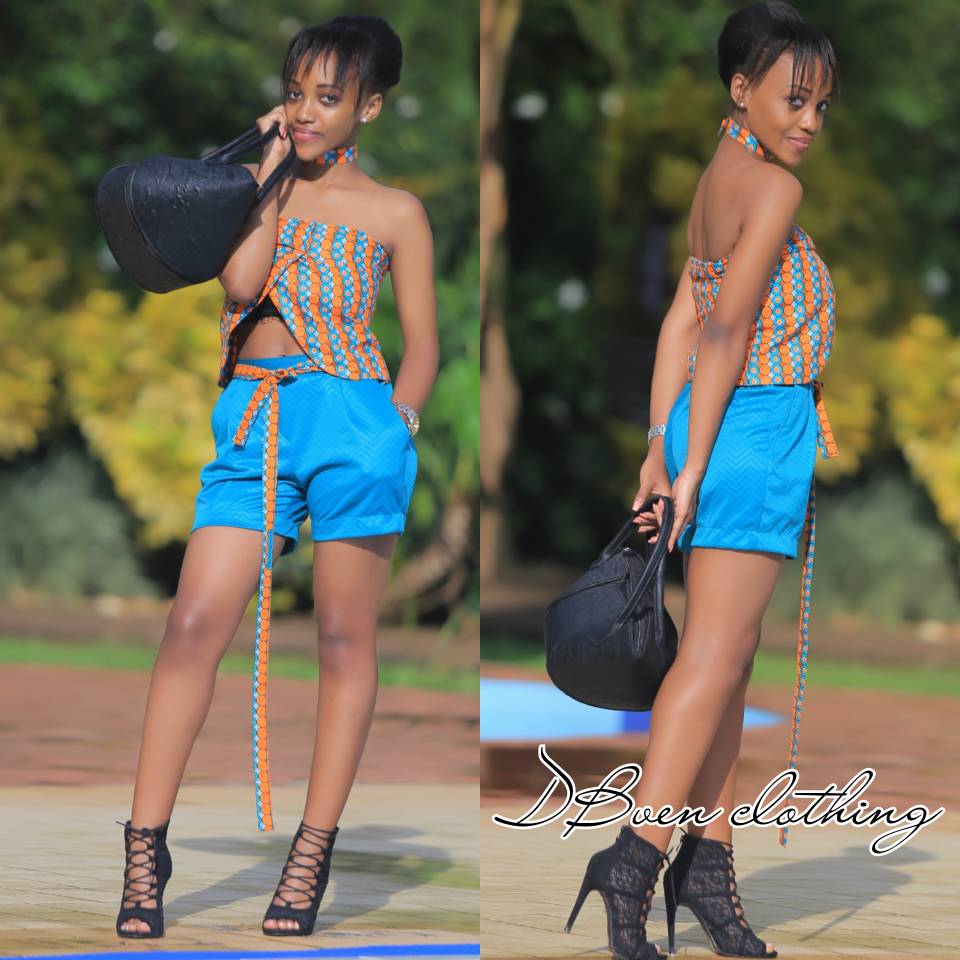 Ariho says she used her mother’s capital and bits of her savings to start out in May after her first year but these seven months have been exciting with ups and downs. She has her persistence to thank as Ariho can now see off her demands without asking for money from her parents, she has been able to make new friends and meet up with great people and the fact that she finally started out on her dream has been a great achievement.

Business has never been all rosy and success without blows and Ariho’s clothing line has not been an exception, one of her challenges is the fact that customer’s are price sensitive. They want to pay less than what her quality designs demand. She, however, points out tailors as the biggest challenge thus far.

“So far, the biggest challenge has been unreliability from tailors but am learning how to keep up with that and I’ve made myself more of their friend than their client so it’s easier now to have them give my stuff priority”

In five years time, Ariho sees her self selling her work across East African countries, South Africa and having more than two branches back home. 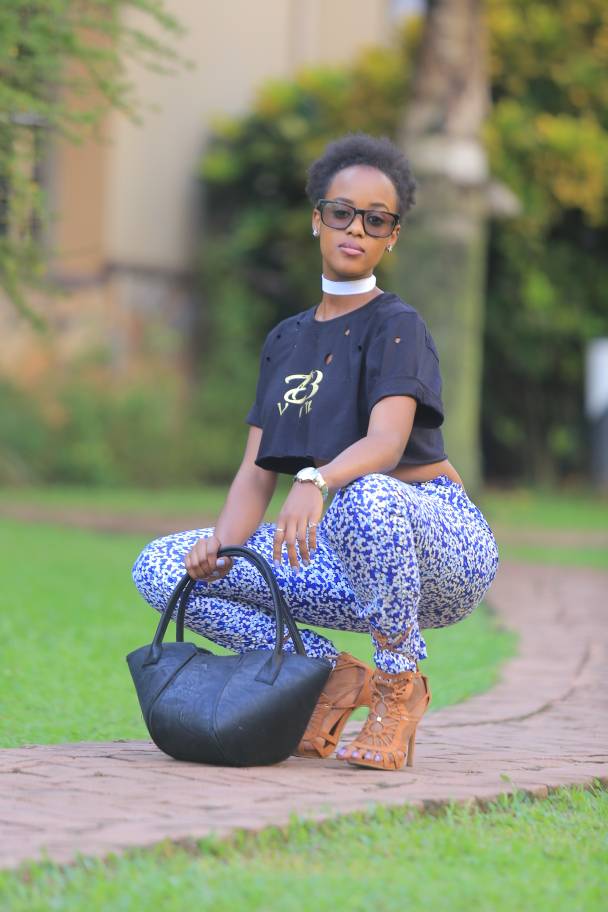 You can visit her store at Makerere right opposite the Western gate along Sir Apollo Kaggwa. She makes a few pieces for display and only makes more on order depending on the size of the client. You can also order online via Facebook page; DBven, Instagram; davenbriven or email her on davenbriven123@gmail.com.

Not even the sky is the limit anymore for this enterprising student. Keep going girrrll.