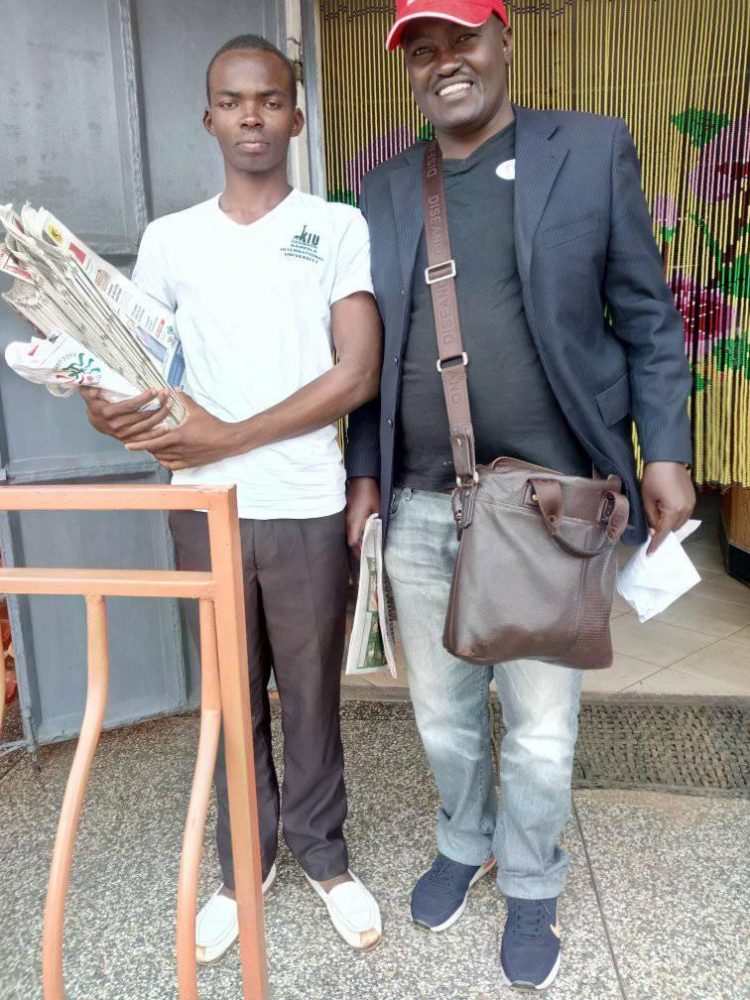 Jason Atuhaire is a student of Kampala International University Ishaka branch pursuing a bachelors of medical laboratory science and studying on the government loan scheme.

The 23 year old student vends newspapers whenever he’s free from lectures on the streets of Ishaka. Not like most of the university students who think of only white collar jobs, this student is proud of the part time job that he does to earn extra upkeep.

“It’s not criminal for university students or graduates to work in bars, washing bays, hotels, supermarkets.” He told Campus Bee. “It’s better to do odd jobs than being pauper.” He added.

“In Europe and Asia; university students look for jobs as they study where as African university students feel ashamed to work in hotels, bars, supermarkets and spend most of their time sleeping in hostels, betting, fornicating, clubbing.” He stressed.

Jason says that he started vending newspapers when he was in his senior four vacation. He makes profit of ten thousand shillings each day but on Mondays can make between 15k to 20k. He studied O ‘Level at St Kaggwa Bushenyi High School and A-Level at Plus Two Secondary School in Bushenyi.

He inspires most of his friends at campus and inspires them to work hard.