When the zeal to have an idea workout into something real catches up with you, that will be the day you will put aside all the pride and bask in hustling to the tooth.
When such a quotation is brought to book, it’s the vivid true likeliness of a one Dtay Ramathan a 4th year student offering a Bachelor’s In Software Engineering at Makerere University. To him, feeling embarrassed while hustling is something he had to stomach for a while by putting aside all his pride and happily shares his story.
Ramathan owns a fully stocked botique on Akamwesi complex called Purple Haze. The store has a variety of designer accessories that include men’s and ladies’ wear. 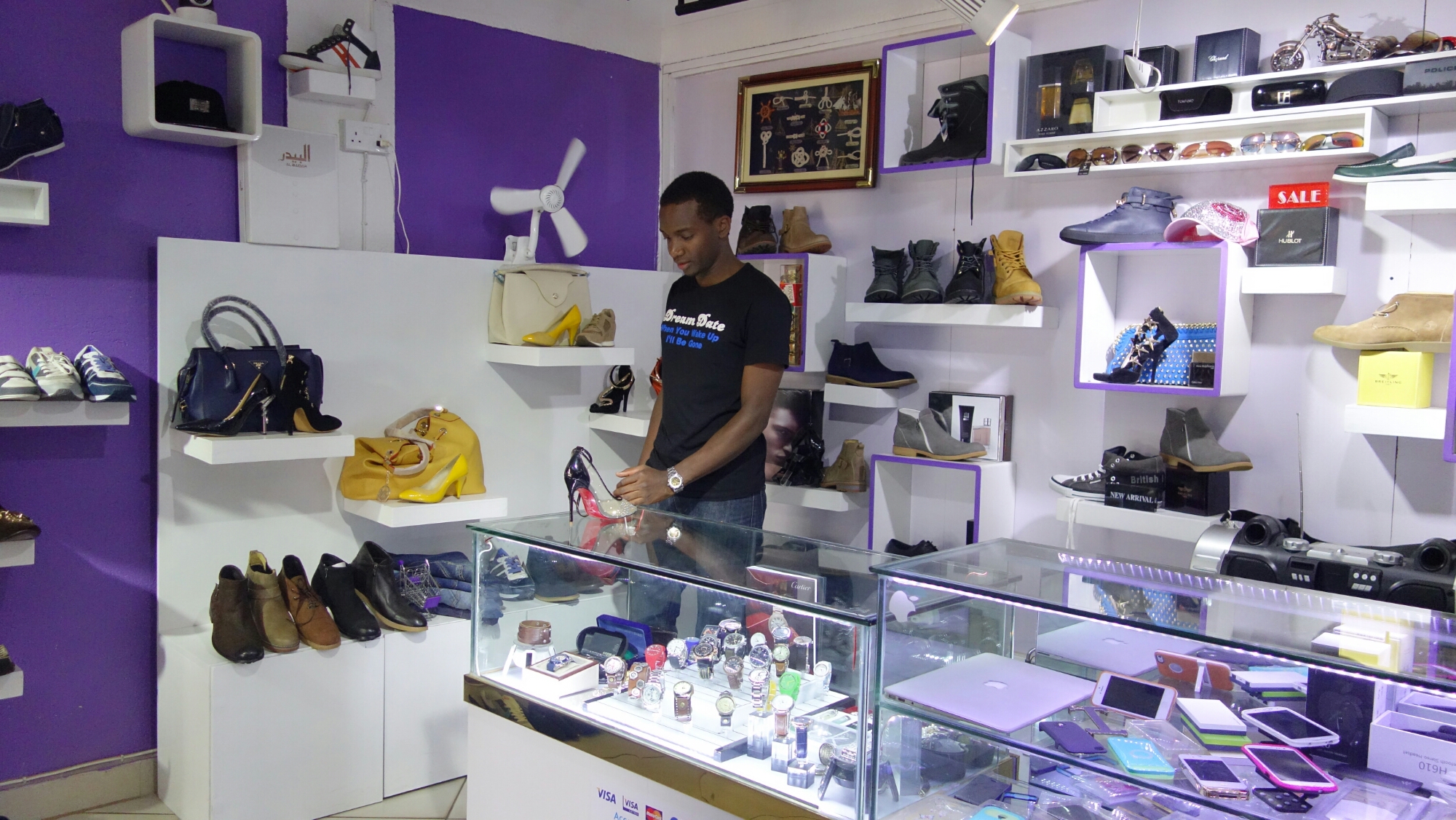 Talking to Campusbee about his journey, a calm Dtay narrates how he had to try out many ventures that really didn’t pay off but still drove him to work more.
“I had to do various jobs that I started way back from my senior six vacation. From metal welding all the way to hawking around tools that earned me about 2k a day is all that I started with,” says Ramathan. 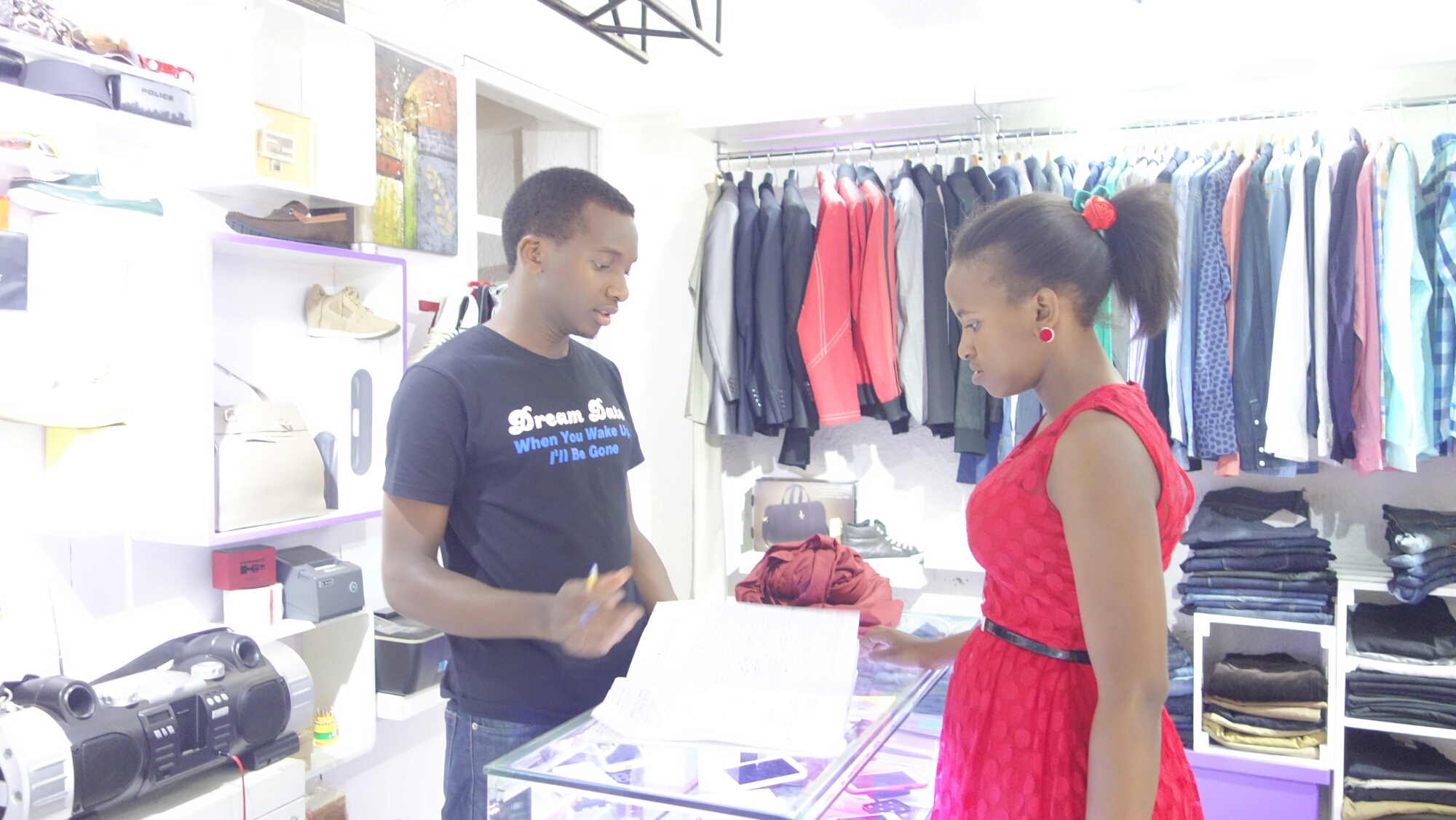 After the struggle seemed to come to an end, Ramathan was able to land a juicy deal with a company that he offered his services in Software Engineering but bad luck befell him when the company ran bankrupt. With a lot of frustration, Ramathan decided to grow his passion for software developing and graphics. While at it, he was able to gather enough money that he used to invest in a boutique that is situated at Akamwesi complex. 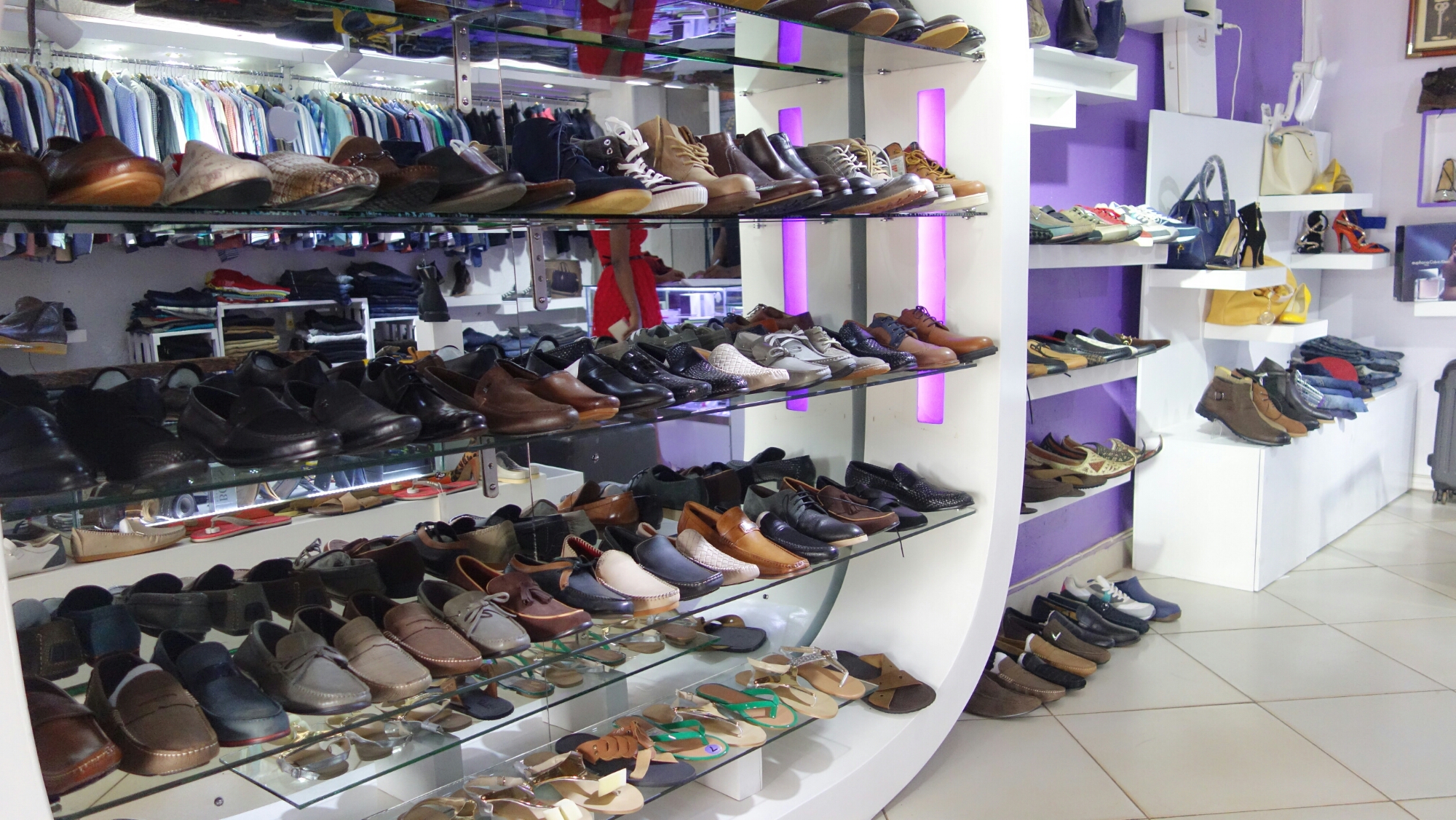 Starting off the Boutique business came in as an inspiration from Lubega Dungu who owns a chain of boutiques around town. With a non-interest loan of about shs20m from his elder, Ramathan decided to venture into clothes business and he is grateful that its slowly paying off for him.

“Going into this was not an easy job but had to seriously start something for myself,” the humble Ramathan says. “The expensive materials that they had to import just to set up the boutique, the hectic schedule of having to deal with starting up with a business and commencing with campus.”
He also further stresses that while hustling, the people that didn’t pay him also caused a major setback to his hustle but believes that with business all these things are involved.
He finds it hard to convince students that they merely fear the boutique because of its setting but it’s actually cheap for them.

ACHIEVEMENTS
“Getting to where I am right now is something I thank the lord for,” reveals a jovial Ramathan.
With just a few years in business, Dtay has been able to grow his store that initially had only men’s collections to importing more ladies’ accessories, smartphones and other electronics gadgets. 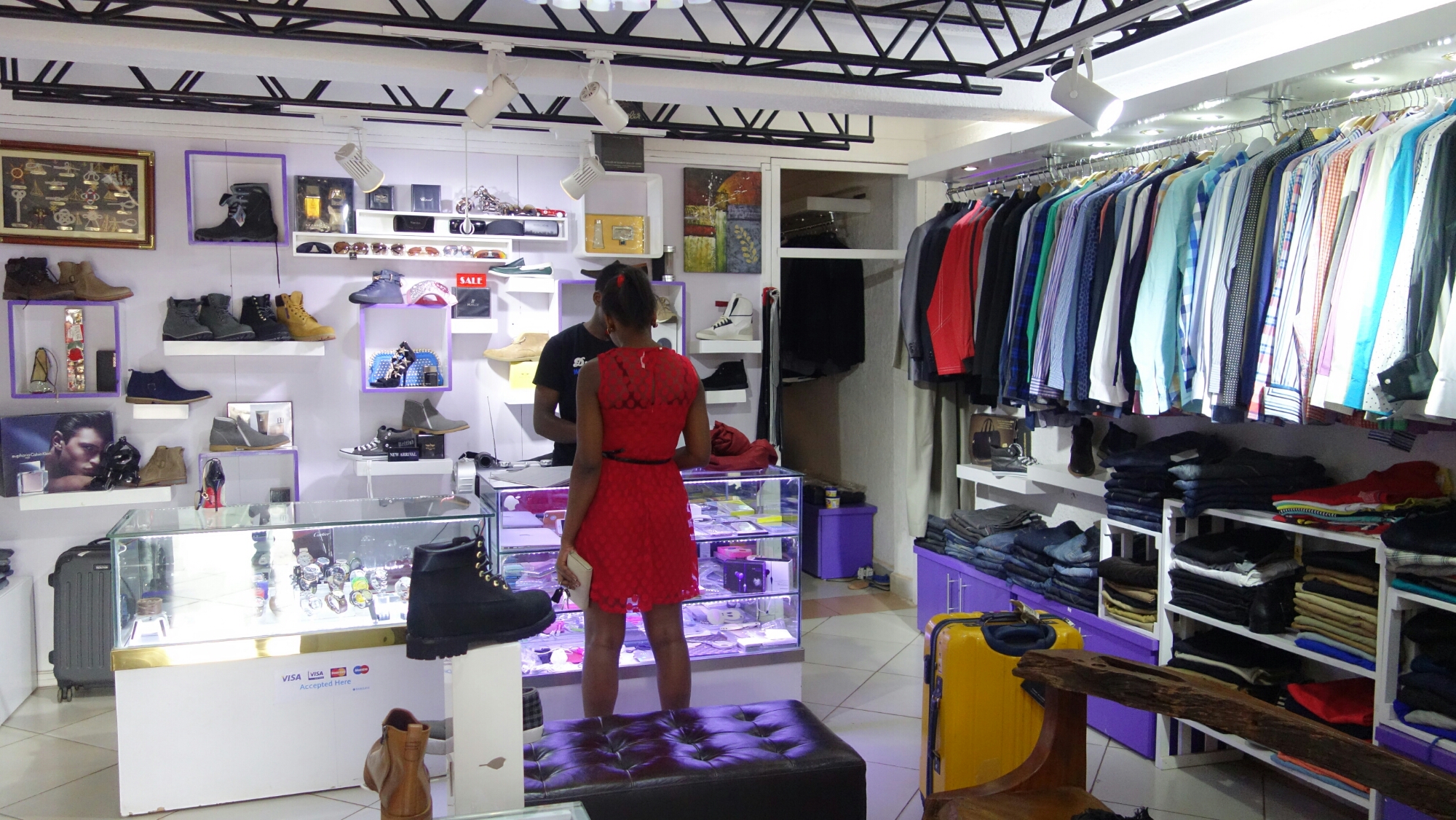 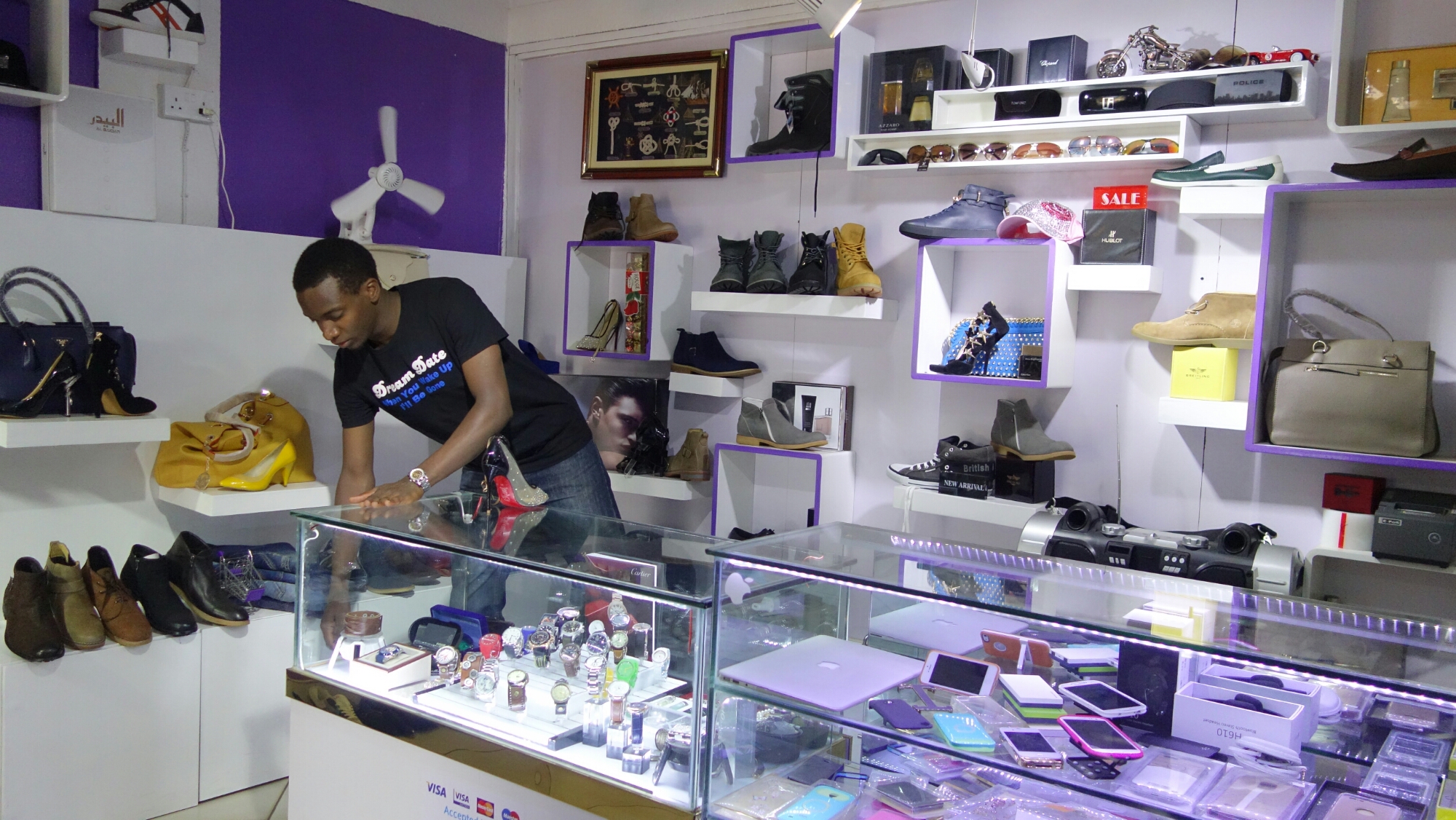 He also plans to expand Purple Haze as it garners a large customer base online.
Talking to Campusbee at his Akamwesi complex Based Boutique, a humble Ramathan intimated that he on a good month parts with about shs20m in profits and has had to settle with shs3m on a bad sale monthly.

Asked how he has put all the sums of money to productive use, Ramathan tells us that he caters for all his upkeep and most of his money goes in watching movies at Century Cinema where he has a Loyality card. He also spends most of it at KFC after most of his movie gigs. 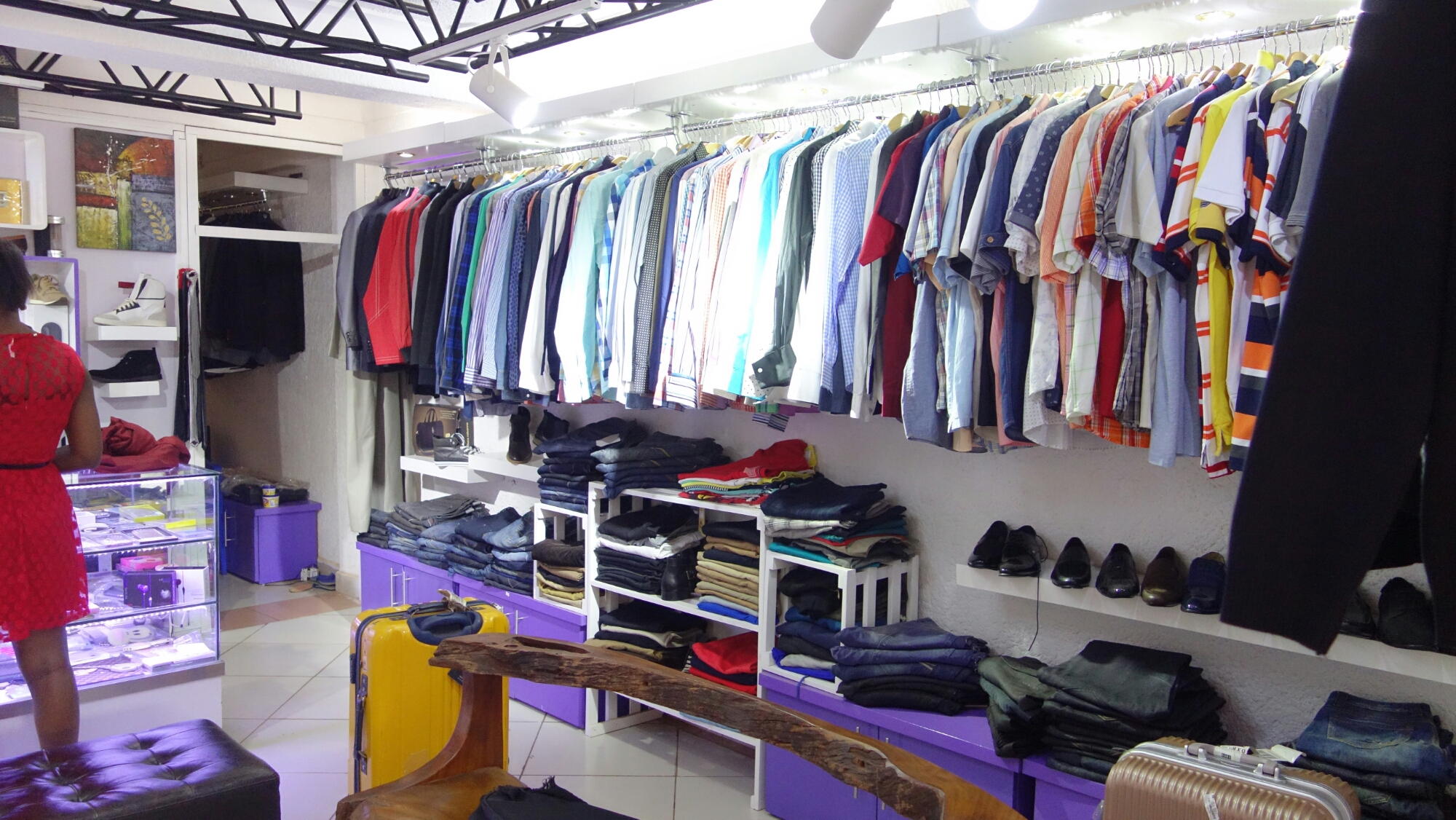 “I find it tough to balance my books and my boutique since I do evening lectures and the majority of the customers come in the evening,” adds Ramathan.

However, a happy Ramathan expresses his relief because he is in fourth year and doing few course units that dont require him to be at campus everytime. And also grateful he has no retakes to drag him behind.
With a fine journey to steaming success,the Hustle is sure real!.