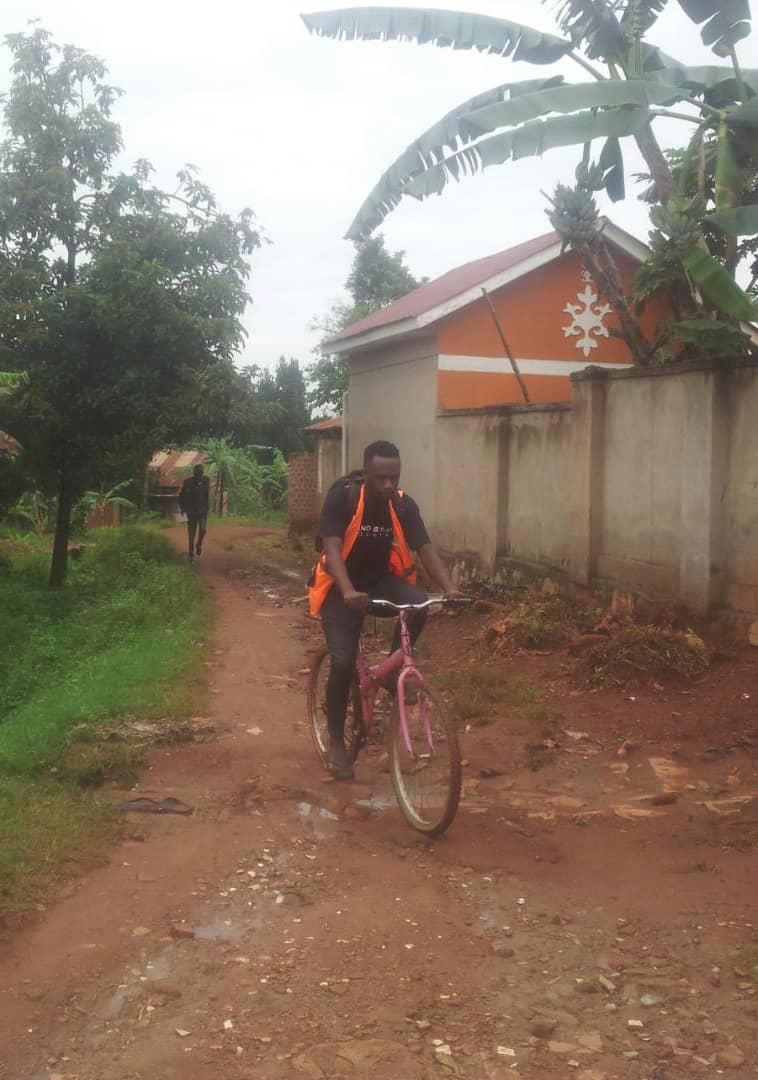 Enock Musika, a graduate of Uganda Christian University (UCU) who pursued a degree in Industrial Design and Fine Art decided to start a bicycle delivery when he failed to get employment after Campus.

The business is called 60 Seconds and students in hostels around the Mukono based university are his main target. Musika says there was no thinking hard for him to come up with the idea that has helped him survive all this while after failing to find a job.

“I did some research on the internet and came up with this idea. I utilized a gap in service delivery to students and was able to come up with this and at the moment, I have very few regrets.” Musika told Campus Bee.

He adds that he started the business with an initial capital of Shs 350,000.

Musika also confirmed that he has purchased four other bicycles and hired four boys who he pays monthly as well as catering for their food and rent.

Also, he says boda boda men have copied his idea and are proving to be competition to him. He advises young people to be brave and start up businesses. “They shouldn’t fear to start with the little they have no matter how bad the business looks, ” he said.