Baasha attended an art exhibition at the museum and confesses never seeing nature so beautiful and vivid like the way these artists had painted it. Baasha currently takes geographical photos used by schools for study purposes and also for companies that use them to make wall papers, writes Monica Nabimanya.

Dynamic is what runs through the veins of Bonny Baasha Kibuuka a second year student at Makerere university offering information technology. With many of his colleagues seeking solace in their hands swinging around different keyboards and monitors. His was diverted to archiving different elements of nature as photos. 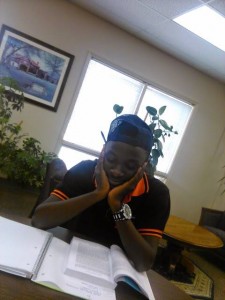 Life to Baasha has always been a hustle and so to him, all odd jobs are even because he feels there is nothing that is unpleasant if it brings food to the table. Before he joined university, he worked at a washing bay and it was from this job that he acquired the skill of driving. After some months savings, he decided to open up a video gaming station however, when it yielded minimal rewards, he merged it up with a video library which he says increased his earning. By the end of his S.6 vacation, he realized he could not continue with the movie business because it was going to tear him away from his books.

In his second semester of first year, he attended an art exhibition at the museum and he says he had never seen nature so beautiful and vivid like the way the artists had painted it. He decided that since he could not draw it, he would snap it and he immediately got a few of his remaining savings and purchased himself a camera.

At first, the road was quite vague because in Uganda, not many people appreciate still photos or would even go ahead to purchase them, he started by taking random story photos and when they yielded no gains, he opened up a studio in Wakiso town. He says that the studio was not as satisfying as the random pictures he had been taking so he quit it and before he knew it, he needed to fund his tuition because his father had gotten into a financial crisis. This forced him to start hunting for a job and luckily for him, the odds were in his favour and a friend from the exhibition connected him to Powan writing, media and photographical services company where he currently works.

Joining this company was a dream come true. Baasha currently takes geographical photos used by schools for study purposes and also companies use them to make wall papers. At times, he gets his offers via online through his website and Facebook page (Baasha’s nature photography). He works on Tuesday and Thursday and sometimes over the weekend then the other days he spends them at school. He earns five hundred Uganda shillings per month and it is with this money that he has been able to pay his tuition, cater for his basic needs and also buy a small plot of land in Kakiri.

Some of the challenges he faces are that occasionally, he takes long to get paid and also since his business is mobile, it’s hard to keep up with some customers.