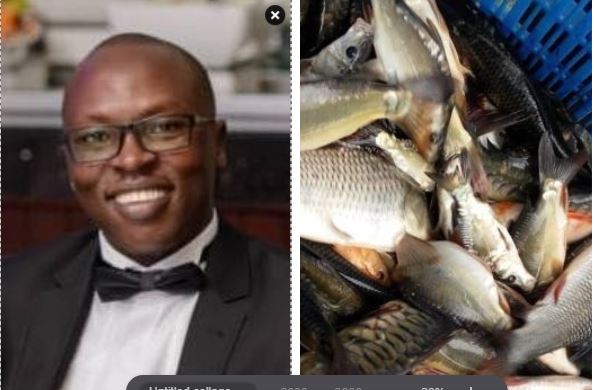 A Ugandan Banker only identified by his Twitter bio – Ras Dartt’e took to his social platform account to recall a very painful venture in Agri-Business that left him disturbed after he had injected a large sum of money in the project.

In a fishery project under which he took a lip of faith, Ras narrated that he spent 9 million on instrastructure and startup for the fish project, on top of paying heavily for the feeds not until the first covid-19 lockdown descended on him, biting his expected cash yields.

“I dug 6 fish ponds, spent 9 million, spent  300k on fry(baby fish), 2.8m on feeds, after 7 months, first lockdown, the chaps who came to buy wholesale offered 3.5m I wanted to fight, because what kamanyiro is that?” Ras Dartt’e wrote.

With over a thousand engagements on the tweet, one of the responses explained how Dartt’e could have hurt his own expectations wanting to get all that he invested in a first one-time harvest.

“The problem is that you wanted to get all what you invested in at one harvest. And yet these guys were only buying fish leaving you with the ponds. And also the period wasn’t good. This is when eating fish was a luxury. So don’t give up.” A one Israel Kirabo wrote, in response.

Here are some of the shared revelations