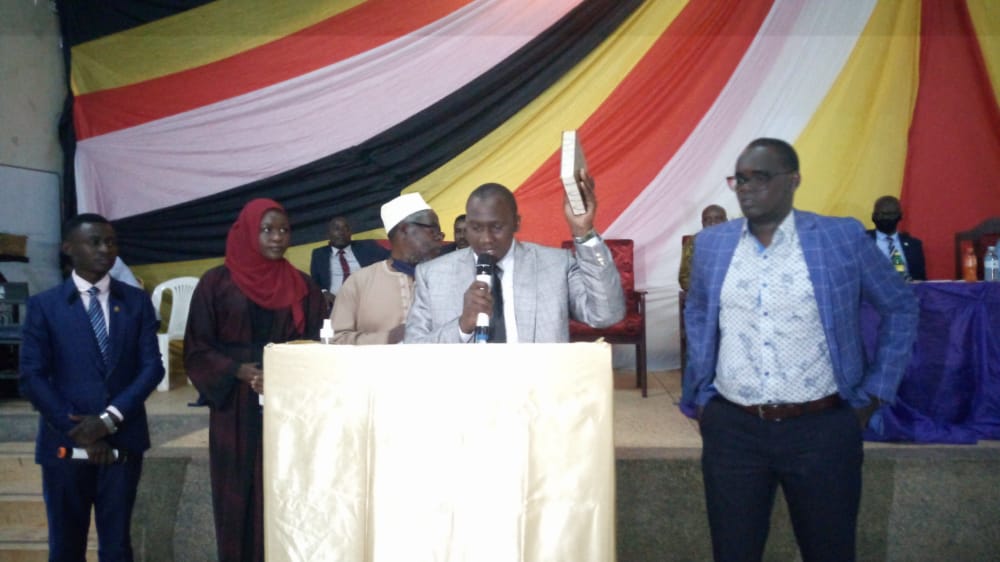 The new Guild President said he has a competent Cabinet team and State Ministers ready to bring the change students have been waiting for.

“My aim is to create a change that inspires a new mindset in our university. I have plans for this university and among others: I will champion policies focusing on equitable scholarships, registration, and tuition policies, expansion of available games that students can play, and assisting international students to ensure they have a safe stay in Uganda and convenient stay in the University,” Kakande explained.

The UIU Rector Professor Ismail Simbwa Gyagenda who was the Chief Guest during the swearing-in ceremony advised the new leadership to work hand in hand with the administration to serve the students fraternity diligently. Professor Gyagenda urged the new leaders to maintain the good legacy of IUIU during their time in office.

Traditionally, the Shura Committee chaired by the Rector of Islamic University in Uganda scrutinizes the academic, moral, and religious competencies of all students aspiring for elective positions in the students’ union.