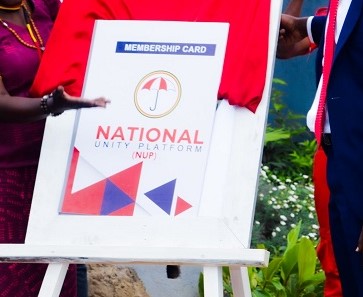 Nickson Maberi, has today filed a letter of resignation as the publicity secretary of Makerere University National Unity Platform (NUP) chapter, blaming the move on dictatorship of the speaker.

According to him, Vicent Kayondo, the speaker of the interim executive committee, is utilizing the absence of the legal constitution to exercise dictatorship.

“He has on several counts proven to be unwise and dictator. He has taken advantage of lack of legal constitution and assumed to be supreme,” Maberi’s letter reads in part.

He said the Speaker was advised on the process of selecting delegates committee which the latter declined.

“For having wisely advised him that the process was unfair, he took away our freedom of speech and expression by ensuring only administrators share in group,” Maberi adds.

On another ground of his resignation, the publicity secretary added that two elders secured themselves slots on the delegates vetting committee.

“The speaker, president and general secretary had slots on the delegates vetting committee, but by default, two elders secured themselves slots. And questioning why elders were considered and the legal advisor left out, the speaker took away our freedom,” he added.

“For the above reasons, I resign from my position,” he noted.

The National Unity Platforms’ head of Institutions called for applications by individuals who were interested in serving the party on the executive committee on June 7,2022. Following the panel interviews conducted, the victors were announced June 12.

Nickson Maberi has therefore served in office as the publicity secretary for only seven days.