Clad in a black suit and a polka-dotted blue shirt, Ismail (pronounced Isma-eel) Kasozi makes his way to the podium at Mary Stuart Hall. His dreadlocks sway left-right as he croons Bebe Cool’s Trouble. The students’ ululations from below is untold, as most of them seemingly enjoy ‘Rasta’s’ antics, and several of them join him in serenading. He goes on to deliver his guild campaign speech, animated by the use of peace and gun signs, which clearly are loved by the students.

Kasozi is one of the 12 aspirants for the Makerere Guild Presidential Office. The second year student pursuing a Bachelors degree in Industrial and Fine Art could be the typical Jack of all trades. He has been a hair stylist since his primary seven, a job he still does till now. He has also stretched hands into acting and music.

“I have never wished to live an aimless life. I want to grow people and serve them, so they can yearn for me and miss me when I am done” he says of his motive for joining the race.

The most distinguishing physical aspect about him, his dreadlocks, have sparked criticism from many who argue that Makerere cannot be led by a dreadlocked student. However, Kasozi labels this judgment and believes people ought to be open minded.

“I am a rasta. You can’t change that. I think people should interact with someone first before judging them. People should stop judging a book by the cover because trust me, there is more to me behind these locks” he mentioned. 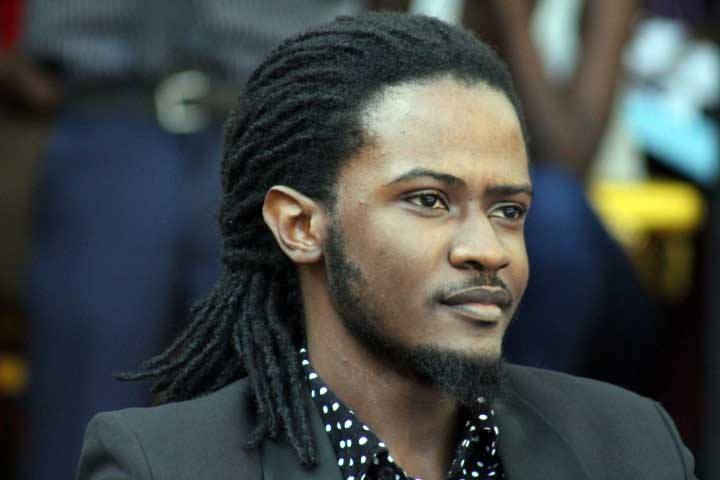 Unlike most of his counterparts, he says he doesn’t have a singular focal point to his campaign. Rather, he believes Makerere has a ‘general list of issues’ which he takes up into his manifesto as a whole.

When asked about how to bridge the administration-student gap, Kasozi reckons striking as a very effective means, only that he intends to spice it up and involve parents as well, because they too directly feel the pinch, especially when it comes to tuition payment.

Kasozi is ultimately set for the vote, and he is undoubtedly already enjoying the ambience of the campaigns, with hope for success at the end.

“Being in this race is memorable and hopefully, with Jah blessings, I will go through and the students will give me the steering wheel,” he concluded.