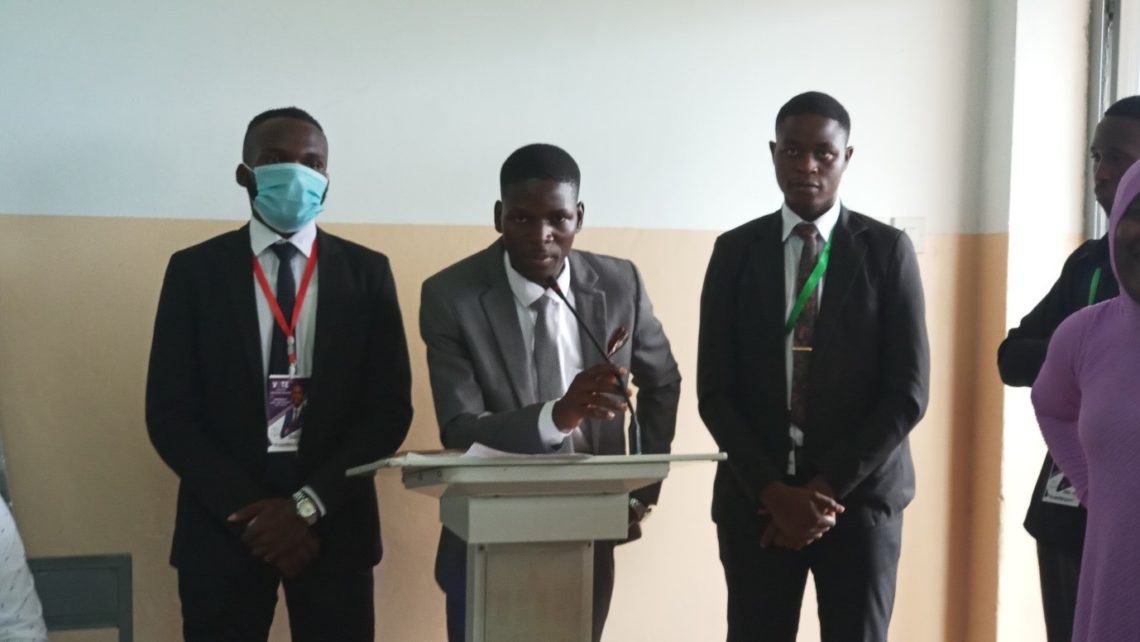 Onyango Silver (C) during the elections

The well composed, calm and soft-spoken Onyango Silver who recently, in an interview with Campus Bee, promised to create partnerships and mentorship opportunities for law students of IUIU Main Campus won the race to become the new president of Islamic University Law Students’ Society (LSS).

Mr Onyango obtained 224 votes representing 43% of the entire votes cast to beat three other contestants in the race.

In his victory speech, Onyango commended law students for giving him an opportunity to lead them and promised to do his best for the progress of the society.

“I thank the entire law students’ fraternity for voting me. I will deliver on all my promises to improve our society,” he wrote in one of the society’s main WhatsApp groups.

The other contestants in the race were Mugabi John Bosco who got 165 votes, Watenga Silagi Wamini with 97 votes and Kasadha Andrew managed only 38 votes.

This election was conducted online through the University’s portal vote.iuiu.ac.ug, and attracted the biggest voter turn-up.

This was the second time IUIU Law Students’ Society was holding its elections online.

The first time was in October 2021 where Mugomu Ivan scooped 120 votes to beat three other contestants.

Having won the race, Onyango is expected to take oath soon and appoint his new committee heads to will deliver on his promises.