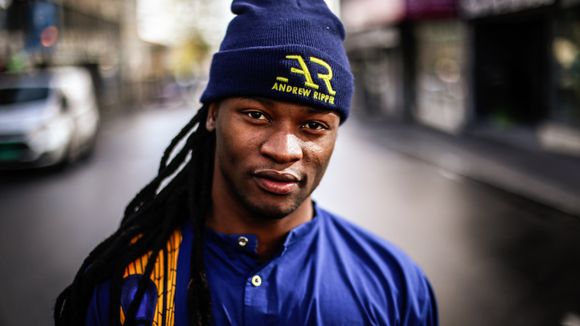 Andrew Ripper is an Afrobeat/dancehall singer, songwriter, vocalist and dancer. He started his musical career in 2017 after he was done with his University degree, with his first hit single Cherie radio player.

If you’re an avid follower of fashion in Uganda and attended last year’s Abryanz Style and Fashion Awards (ASFA’s) he staged the most powerful performance of the night.

Jidenna Visits Murchison Falls, Says Uganda is One of the Best Tourist Destinations

The Congolese-born Zambian musician who is based in Norway has since vowed to promote local music outside Zambia. Real name Diddy Andrew Kana, Ripper is set to appear at the ASFA’s again this year for another electric performance and guess what he has in store; a fresh new jam.

His new song, named Dance Together, was shot in Africa and features young African street dancers. The artiste has been writing and creating music since he was a child, and has finally found his sound which is centred mainly on Afropop.

Premiered on September 13th, Dance Together already has over 14K views on YouTube.

“I am singer/songwriter who could also be counted among those who let themselves be inspired by jazz, reggae and a multitude of opportunities of the current music scene,” he says.

Among other skills, Ripper is also an adept dancer, trained in Hiphop, Street, Breakdance, and both Classical, and Contemporary, Ballet.

He made his first ever appearance on MTV and Trace Africa in 2017 for upcoming artist which boosted his musical career in Norway, Zambia, Tanzania and Uganda.

WATCH the video off his You Tube below;