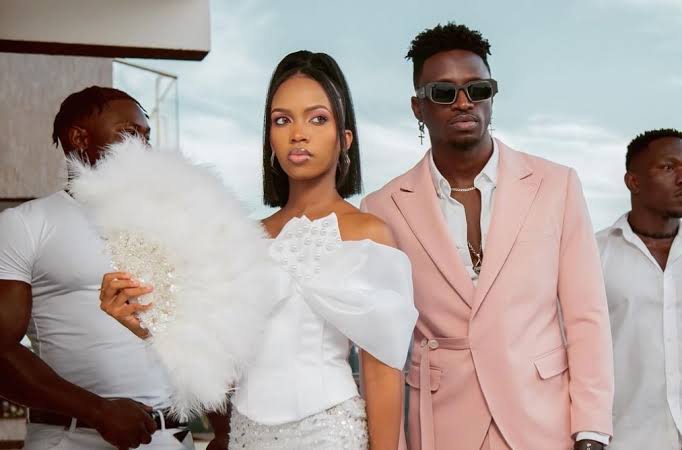 Sheila seems to further distance herself from the artiste socially, physically and spiritually with the latest move being to delete their previous posts on her Instagram account.

The pair’s relationship came to an end when Rickman decided not to compete with other sharpshooters like Nigerian music star Ruger who engulfed Gashumba when he was in Kampala and later when he traveled to Rwanda for another concert.

Rickman has since hooked up with a yet to be identified babe whom he is enjoying these days after a viral video in which he is seen tougue rubbing with the alleged new catch.

However, that has not stopped Gashumba from enjoying romping sprees with other dudes in Ghana, where she went last month, although it not yet clear what exact business she went to pursue there.

Sheila had found solace in Rickman after she dumped her former lover, socialite Marcus Ali Lwanga aka God’s Plan with whom she had a bitter end.