Bigirimana Pushes for MoU between Fresh Kid and Promoter 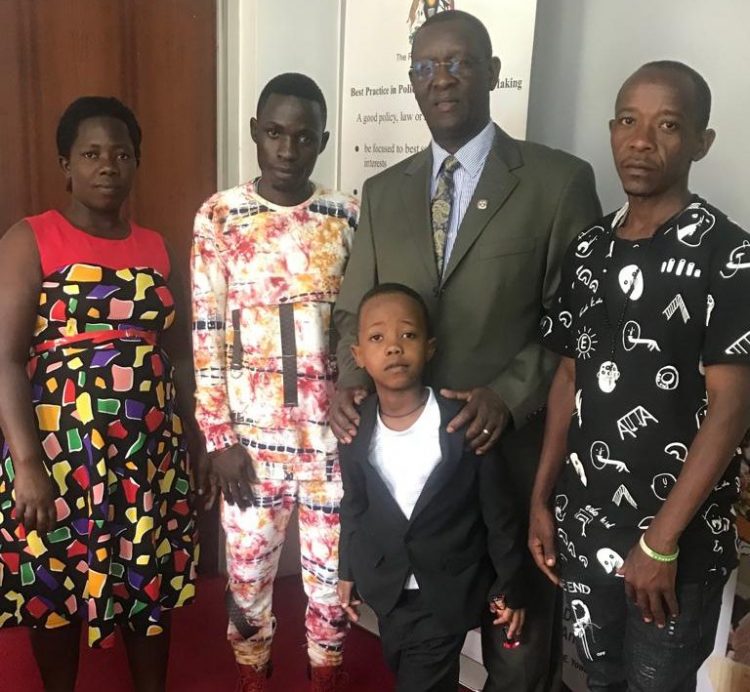 During the meeting held at the Ministry headquarters in Kampala on Thursday, May 9, 2019, Bigirimana agreed with the team to draft a Memorandum of Understanding (MoU) that stipulates the roles, responsibilities and interests of each party.

He revealed that among the many aspects to be itemized are the percentage of sharing proceeds from performances, the commitment to continue with school, hours for performances and hours reserved for resting to avoid exploitation.

The meeting was also attended by Fresh Kid’s father Paul Mutabazi and his mother Madrine Namata.

Bigirimana was categorical on the need to ensure that the 7-year-old sees through the scholarship offer he got to study at Kampala Parents School of Ruparelia Group.

The draft MoU is to be reviewed in the coming days before the official signing takes place.

While at the meeting, Fresh Kid got chance for a moment in the Permanent Secretary’s official seat where he expressed gratitude at the gesture and promised to study hard to become a permanent secretary besides his musical career.

Fresh Kid’s parents and the promoter appreciated the consultation saying it was a great step to formalizing the partnership between the two entities.

Fresh Kid has taken over the Ugandan musical scene ever since he sampled out his free flowing rapping skills.

His latest stride has been a nomination for an International Award in the Carolina Music Video Awards 2019. The awards are scheduled for 20th July, 2019 at the NASCAR Hall of Fame High Octane Theater in Charlotte, North Carolina.