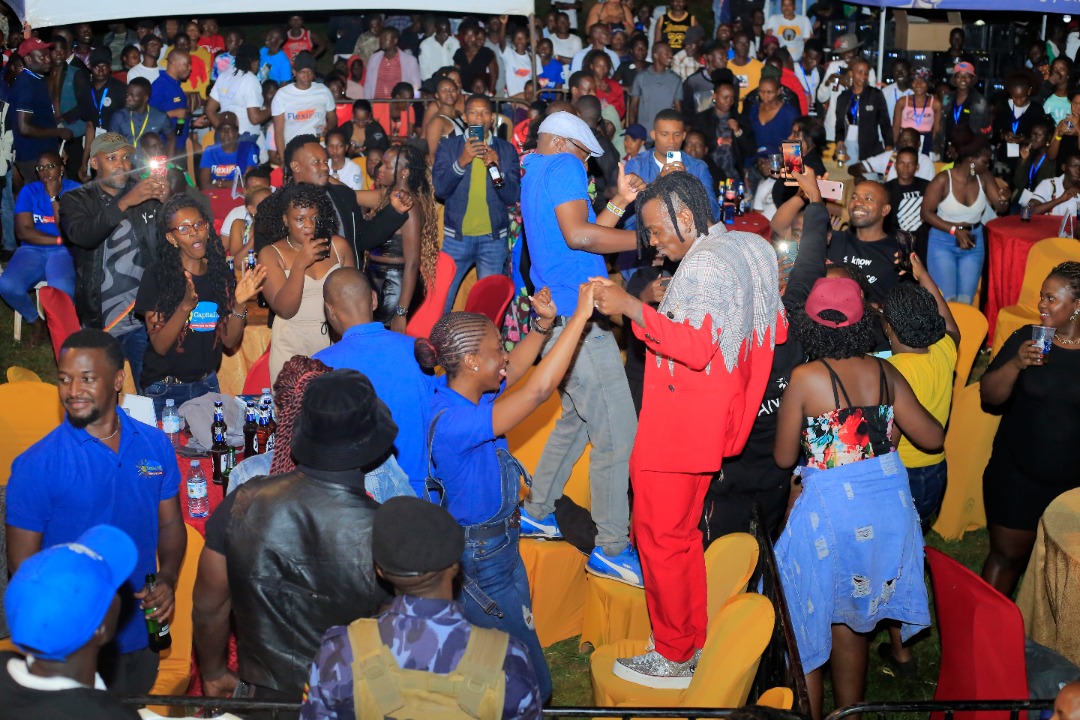 The Club Pilsener sponsored Capital FM National Tour was in Mbale over the weekend at the Mbale SS Grounds and it did not go below the revelers’ expectations. As advertised and hyped, is what it turned out to be.

The night was kicked off by curtain raisers from the region as the Tour has done in Fort Portal City and Mbarara City in the two previous outings. Among the most exciting opening performances was 23-year-old rapper Shan Joe Wil whose song got Capital FM staff including Gaetano Kagwa jamming for almost 4 minutes non-stop.

All the opening acts were before the acts of the night; Maddox Ssematimba, Cindy, Bebe Cool, Winnie Nwagi & Fik Fameica took to the stage and worked the crowd as expected. The never aging Maddox had the crowds singing along to his classics; Namagembe, Omuyimbi and Munakyalo among others.

The Capital FM National Tour is a celebration of the biggest and best Ugandan English radio station which has stayed at the top of the radio industry for 30 years. The station partnered with Club Pilsener – a brand that is known for supporting Uganda music for many years to pull off the tours that will comb the entire nation.

Speaking to Campus Bee, the Nile Breweries Brand Manager Club and Premiums, Mr. Joel Galla appreciated Capital and the people of Mbale for appreciating and loving Club Pilsener and applauded them for being fun loving and happy people – elements that the brand looks for among its consumers.

“Tours such as these provide unique opportunities for us as a brand to reach out to and celebrate with our consumers. It is in our DNA as Club Pilsener to enable our consumer to unleash their inner self and this tour will help us reach out to those in Mbale city with the same vibe,” Galla said.

“We had a very good experience in Mbarara and Fort Portal; Mbale has proved we are growing bigger and better as revelers get to know and see what we have to offer,” he added.

The tours, according to Capital FM officials will also deliver a one of a kind experience to Capital FM’s loyal fans and presenters in different towns, regions and cities around the country. The next edition will be in Gulu City.