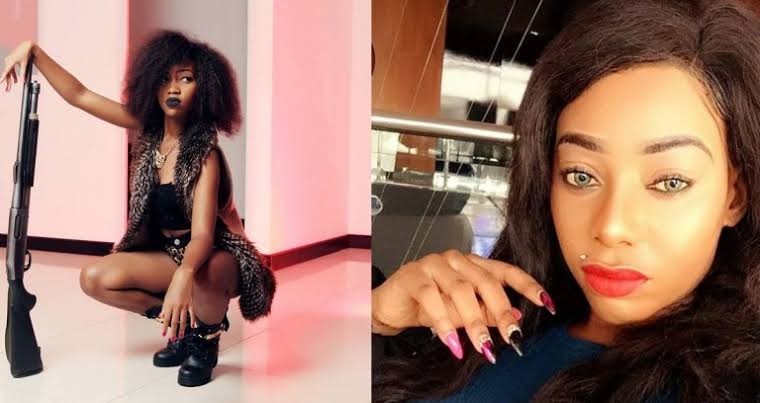 There’s raging war on Snapchat between Sheila Gashumba and ex convict Bad Black. It all started when Sheilah accused Bad Black of copying her. Sheilah claims she was the first to start influencing on Snapchat and Bad Black “copies her” and started the same.

“Lie to this Kampala people who don’t know you that even right now you’re homeless. The only thing you have is to advertise Ruparelia’s to sleep and eat for free.

The only thing left is your daddy house where you own a bedroom.”

Bad Black also revealed that the car Frank Gashumba bought for the daughter is rented. “Where is the renter car card? Which was changed number plate. Do you even know how to drive? If yes please prove instead of being on drivers seat.”

“You have nothing here on media stop acting dating rich guys does not make you rich.”

Sheila could not take it anymore…she fired back in a series of Snapchat rants;

“Now I am gonna day this one last time if someone has ever fed you, helped you with his money Taken care of your hospital bill, bought you alcohol, never call them broke.”