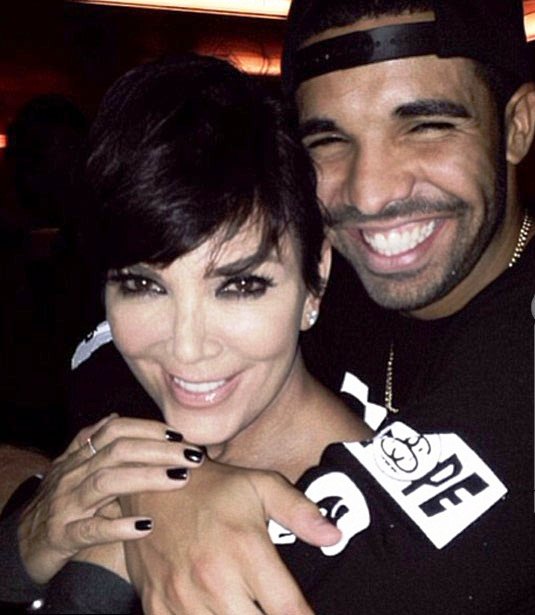 “I got the number one album and the number 1 Kardashian in the world” said rapper Drake jokingly as he proposed to Kris Jenner in front of Kanye and the rest of the Kardashian clan.

Drake and Kris met while rapper Kanye West was in the studio with him earlier this year for his ‘Nothing was the Same Album’ and the two have been inseparable ever since. “Some will say this is very light skin of me, well I’ll be light skin if it means getting to marry the woman of my dreams. Getting to spend more time with Yeezy won’t be bad either” Says Drake about the many critics he is sure to encounter from marrying a Kardashian that is more than twice his age. Kris Jenner who is currently going through a $125 million dollar divorce will not legally be able to ‘wed’ Drake until things are final; Which sources say is just her following in the footsteps of her s3x tape star of a daughter Kim Kardashian who was married for less than 72 days. (Fun fact 72 days is shorter than the lifespan of a house fly.)

This means Drake would be Kanye and Kim’s Step Dad!!