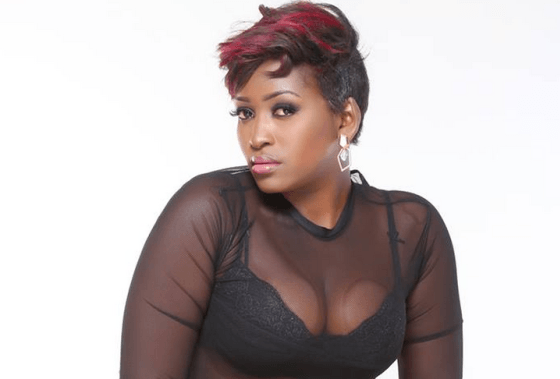 Winnie Nwagi is something of an exhibitionist, and a proud one. You will often see captions like #ThickLivesMatter and #ThickDontCare on her more daring posts. She shows off her flesh unapologetically, perhaps a bit more than she should, sometimes. One of her newest posts caused quite a stir on social media, which was surprising for me because I would have expected that people are already used to the fact that the songstress likes to push the limit. Nonetheless, even I did not see this coming.

First, DJ Roja took to his Tweeter to ask “Who do you think drew the tattoo on Winnie Nwagi’s …….” This, ofcourse, attracted all manner of comments, some funny, others simply absurd. After scrolling through the comments a little (and regretting it), I went back to my feed, only to find another post; somebody I do not even know. Anyway, the post read “Most of the people who are commenting on Winnie Nwagi’s Instagram pictures are women”, as if to imply that people were just being jealous. At this point I wanted to know what the fuss was about, so I went to her Instagram.

I quickly noticed a few quick things. One; the photos that everybody was talking about, and the tattoo that seemed to raise eyebrows. Two; her most recent posts were of her with friends at different, potentially, tourist sites and lodges in Fort Portal, meaning it was perhaps a girls trip. Three; I noticed that on one of the recent posts, the comments were nothing short of brutal. I was actually starting to wonder how she dealt with such negative comments, surely a person of such celebrity must face such negativity on a daily basis. But then I noticed something else, on that particular ‘tattoo post’ (I will call it that for lack of a better idea), she had disabled the comments. “That is definitely one way to solve the problem”, I thought to myself.

“Mind the business that pays you” read the caption. We should all probably follow her advice and leave it alone. But am certain that many people (especially her fans) beg to differ, because this whirlwind only just began. I did not bother to go into the dynamics of whether she should or shouldn’t have. Personally, my thoughts are “why not!” , but then those are my thoughts on pretty much everything so (at this point I would add an emoji if this was not an official article).

Anyway, in the end, our opinions are all we have, and that is a good thing, because, then, what’s the worst that could happen?