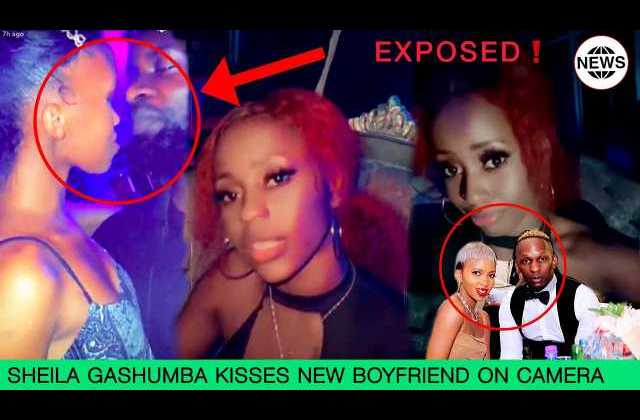 As we were busy looking for Sheila Gashumba’s Instagram verification blue tick, the former media personality was on the other side getting herself a new man. The internet woke up to videos of both Sheila Gashmuba and Marcus Lwanga alias God’s Plan kissing their new lovers over the weekend.

The videos, which were massively viewed on snapchat broke the news that the two are no longer an item. The videos came as a surprise that the God’s Plan and Sheila Gashumba power couple is no more, few weeks after their bonking spree in Zanzibar.

God’s Plan took the things a notch higher when he shared the clip with his new light skinned babe on IG, while Sheila’s Instagram page has no proof that she ever met God’s Plan, all pics with him are gone.

It remains unclear why the two decided to end their 3- year relationship but Campus Bee understands that it has been an off and off situationship that was characterised by cheating.

Some folks believe that Sheila’s interest in God’s Plan reduced at the end of 2019 when he reportedly started going broke.

The two have split and made up several times but this time it looks to be more serious.