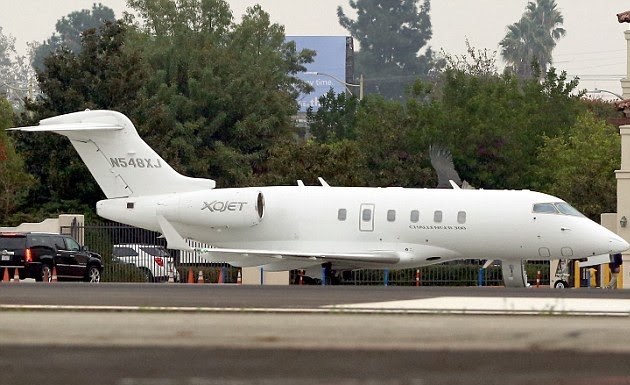 The egoist American rapper on Tuesday caused a fuss in South Sudan. All this happened at the Juba international Airport; unidentified private jet touched down. Because of terror threats, the military Police was deployed to see the passengers in the private jet.

On it’s landing; it took about 5 minutes for anyone to come out of the plane. 5 minutes later, one passenger who was only flying in the plane popped out. To the shock of many, it was the one and only Kanye West, the American rapper, in the next few minutes was heard screaming how happy he was to be in his motherland. Hardly had he finished screaming when a group of 12 armed men carried him away for security questioning.

After about 30 minutes of interrogations, the angry Kanye who seemed troubled walked out of the airport building wearing a gloomy face.

Kanye walks out of the airport building, after 30 minutes of interrogation wearing a gloomy face

According to a senior immigrant officer, when Kanye West was asked what he was doing in Juba, he stated that he was eligible to be at Mandela’s burial because of the same level of greatness that they share.

He was then told how he was instead in Juba in Southern Sudan, he confidently said he told his private pilot that he was going to a country in Africa with a city that starts with the letter J. instead of Johannesburg, he ended up in Juba just because they all have south and their cities start with J.

He was then let go after realizing he was in the wrong city, he was told that he needed to be in Johannesburg South Africa where Nelson Mandela who recently passed on was to be buried.

He later went on board his private jet for Johannesburg, hope he goes to the right city this time.