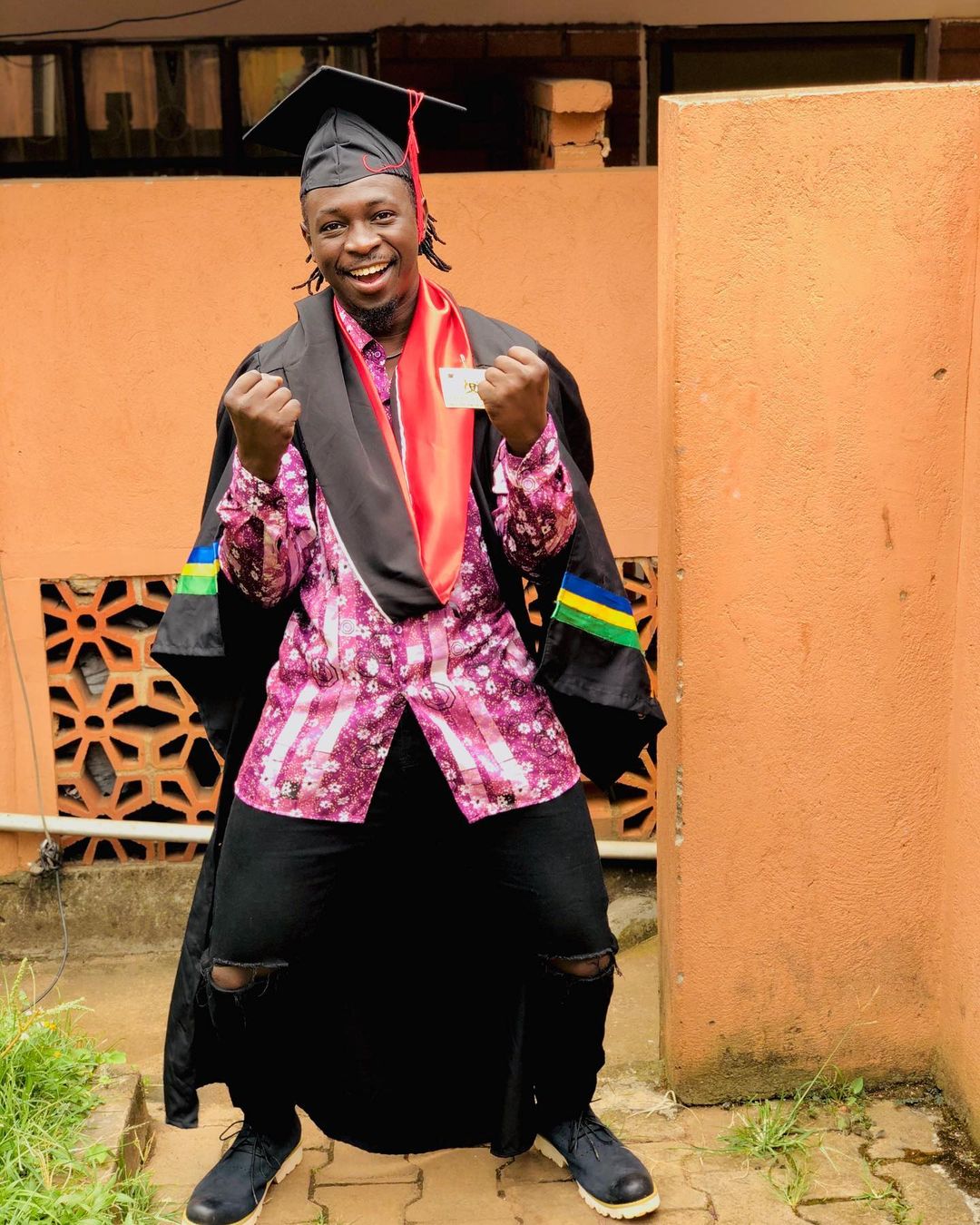 Dance hall artiste Ayire Sadam commonly known as Vyper ranking is one of the artists that are celebrating their success over completing his Bachelors in Business Administration specializing in Marketing from Kyambogo University’s 17th Graduation ceremony.

Vyper Ranking is an award winning dancehall artist and songwriter. He is a self proclaimed 21st century phenomenon – ‘Riddim Killer’; young boy from the ghetto turned to be the main dancehall and reggae artist of his generation.

The ‘Sivawo’ singer managed to join his colleagues in the entertainment industry who completed their education with Bachelor degrees; most notably Vivian Tendo who graduated twice.

Vyper Ranking joined the Ugandan music industry in 2017 with his maiden single/song called SOMA which was largely welcomed by majority of the music audience in Uganda.