My Dad Doesn’t Talk to Me About Sex, Dating – Sheilah Gashumba Confesses 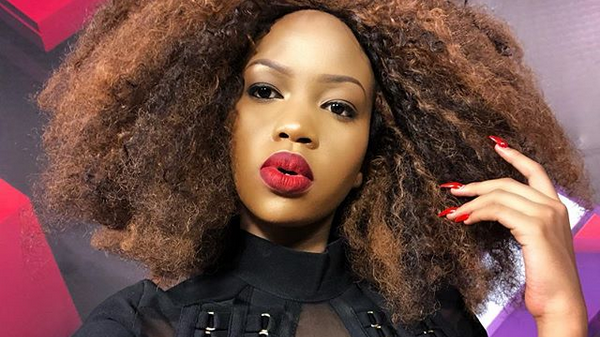 Media personality Sheilah Gashumba has opened up about her relationship with her father and role model, Frank Gashumba. During her recent interview, the Lil Stunner confessed that her father doesn’t talk to her about sex and dating.

According to Sheilah, she was raised by her dad after he separated from her mother. The separation happened when she was just 7 years old.

“My dad doesn’t talk to me about dating, sex, those kinda things. We don’t have that kind of relationship.” Sheilah said before adding, “I was raised by my dad since like 7/8 coz my parents separated but they are good friends.”

Sheilah further praised her dad for taking her to the best schools and doing everything to make sure that she lives a better life.

On who is her role model, Sheilah revealed that she watched her dad work his butt off, explaining that he didn’t inherit any business from his parents.

“I would literally watch him work alone. He didn’t inherit family business. So for me, my whole life I watched him work hard, and that’s how I am. I always tell people your parents should be your direct inspiration.” She added.

Sheilah, who joined the TV industry at the age of 10 added that there’s nothing new people are going to say about her unless a sex tape leaks. She further confessed how Rihanna made her feel like getting pregnant, but nah, it’s not happening.

“I love Rihanna like right now she’s making me feel like I should be pregnant but am not gonna be pregnant anytime soon,” She said.