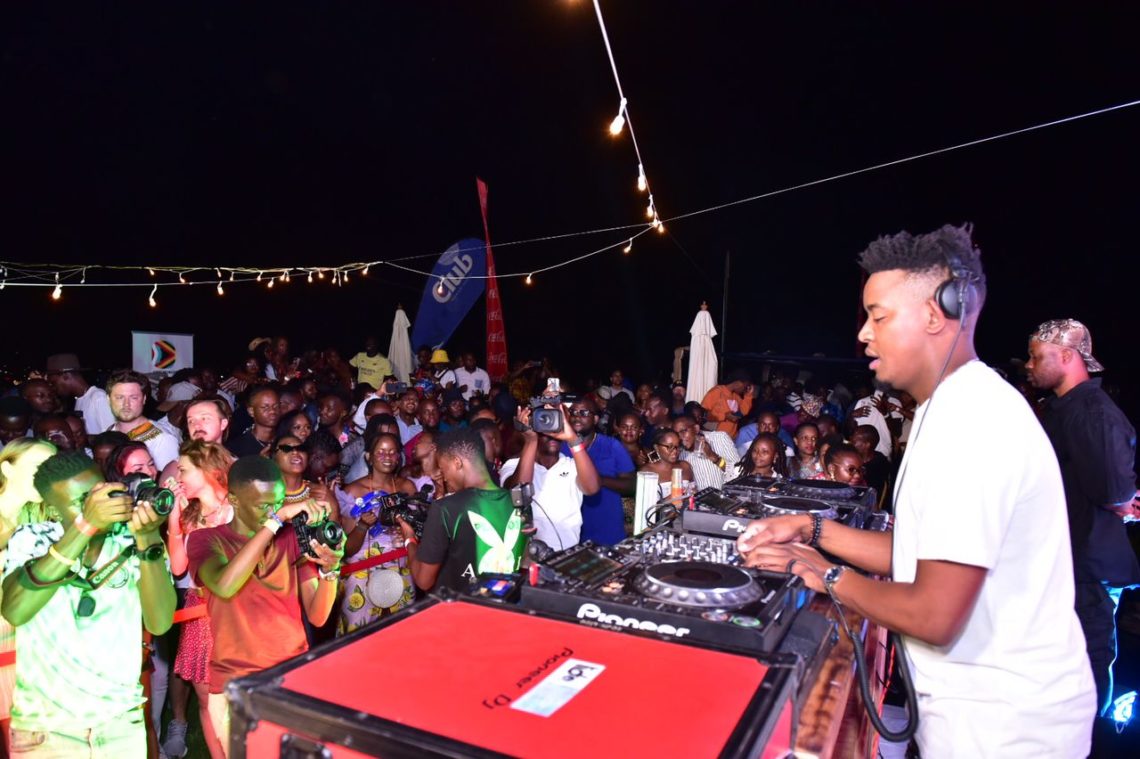 Ugandan Afro-House music lovers had a chance to celebrate their choice music and genre on Sunday at the Club Brunch In- House concert that attracted, most prominently, South African Deejay, music producer and songwriter Sanele Sithole popularly known as Sun-El Musician.

Happening for the first time since lifting the COVID-19 lockdown, the event featured a big lineup of Ugandan deejays including DJ Kas Baby, Melvin DJ, Kamali, CheekO Dread, DJ Chapat and Since 8Y8. It also featured Next Radio’s Mwami Kiyimba and Daddy Simz who were the day’s hosts.

Sun-El did not disappoint his crowd as he took them through hit after hit of his most loved jams including Uhuru where he features Azana, Higher featuring Simmy, Akanamali featuring Samthing Soweto and Sonini which was named the 2019 record of the year in the South African Music Awards.  The lineup of deejays and the headline artiste gave the audience a fun filled afro-house experience that was ably complimented by the refreshing Club Pilsener to make it a memorable evening.

Club Pilsener is not new in the House Music circles which is why it was not surprising that they put their financial muscle behind Club Brunch-in-House. Previously, Club Pilsener had the ClubBeatzAtHome online concerts that show cased the top Ugandan artists during lockdown; it is a main sponsor of Sip-N- Dip, Club Dome & Purple Party concerts that are aimed at celebrating and championing the love for and appreciation of music in Uganda.

“Club Pilsener is the ultimate celebration drink. It is brewed longer, brewed slower for easier drinking and we are glad that revelers at the Club Brunch-in-House had a good time,” Joel Galla, Nile Breweries’ Brand Manager – Club and Premiums said.

“The Club Brunch-in-House event in its setting was about giving Kampala people a quality and exclusive party experience. We encourage Ugandans to continue loving good music and to never stop sipping on a cold Club Pilsener that is now available in a variety of sizes that suit each and everyone’s needs,” he added.