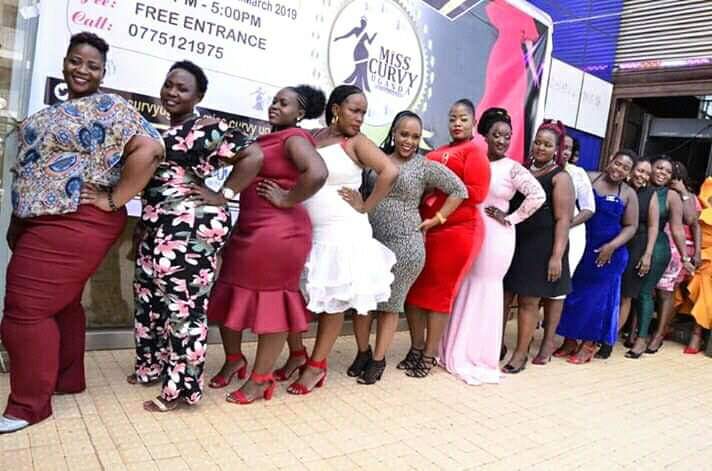 The controversial Miss Curvy Uganda Beauty Pageant held auditions on Saturday March 9th at Club Ambiance where over 50 curvaceous and voluptuous contests made way to contest for the ultimate bragging rights of the most curvy Ugandan female.

When asked why they’re contesting for Miss Curvy, many gave all sorts of reasons but one contestant’s reason stood out.

The model [in red pants below], Ms Mariam Namukasa, a kindergarten teacher said that she is contesting for Miss curvy Uganda because her husband left her because of her size.

Ms Namukasa says she wants to prove to her husband that her size can be appreciated somewhere else- sending the crowd in hysterical cheers.

It must be noted that more than 300 women have so far registered for the competition that was officially launched by Hon. Godfrey Kiwanda, the State Minister for Tourism, Wildlife and Antiquities despite the backlash with many terming it as discriminatory and demeaning to the female gender.