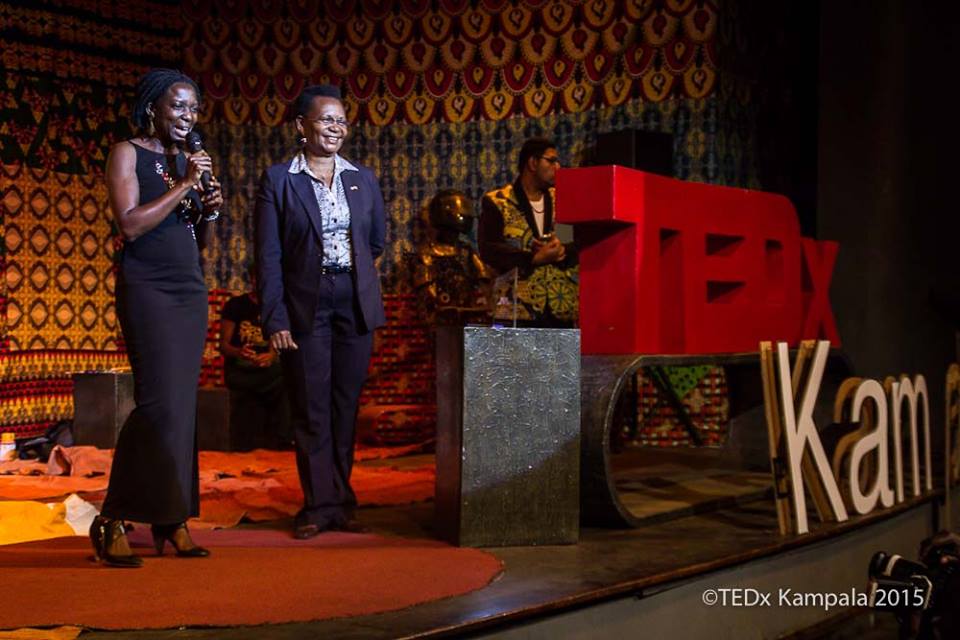 “Did you know that there are girls using corn husks and chicken feathers, cow horns and mattresses during their menstrual periods because they can’t afford to get pads?” administrative officer at Days for Girls Uganda Diana Nampeera asked.

Tonnes of inspiration flowed from the stage as one by one the speakers came and left, motivational stories of the day to day life of Ugandan unveiled, unknown practices exposed. The theater filled to the brim, with listeners from all walks of life, the power surged from the stage into many people’s hearts and hands as they silently listened, laughed and sometimes cried. 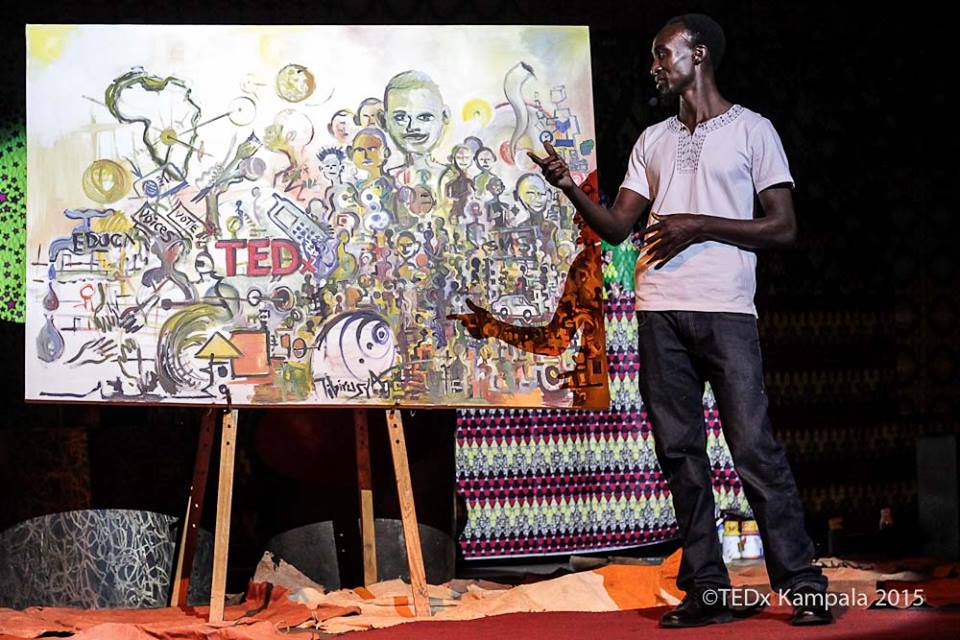 “What do we tell our kids that they are going to become? The world is waiting for your authenticity not your emulation of somebody.” – BABALUKU

“Sarah begins to wonder what she is doing in school; the lecturer reading from a text book published 50 years ago. This is the story of Sarah, every one’s story. We as Fundi Bots want to create a generation of thinkers and creators” – SOLOMON KING BENGE

“Our bodies need to be dictatorships not democracies.”- APWENYO MILDRED

“We shall rap about Law, that’s how we will make the Law cool.”- GERALD ABILA

“You cannot build an idea alone, you have to share it.”- ROLAND TIBIRUSHYA

“Opportunity is something that we must embrace but we must recognize those that work for us and those that don’t, failure is part of the journey,”- IRENE IKOMU

“If only you could give a village girl education, you have given her everything, there are girls who want to commit suicide because their parents are forcing them to get married.”- ACHIENG BEATRICE NAS

The independently organized event was on Friday 9th January at the National Theater. It was one of those events described by the word ‘epic’, the event got sold out and was very inspirational and motivational. The target base of this event was the development of the banana republic through self empowerment and uplifting of the youth through different forms.

Many revelers personally left the event more inspired than they were the day before. It was the perfect way to kick start a January weekend. We are our Aid.