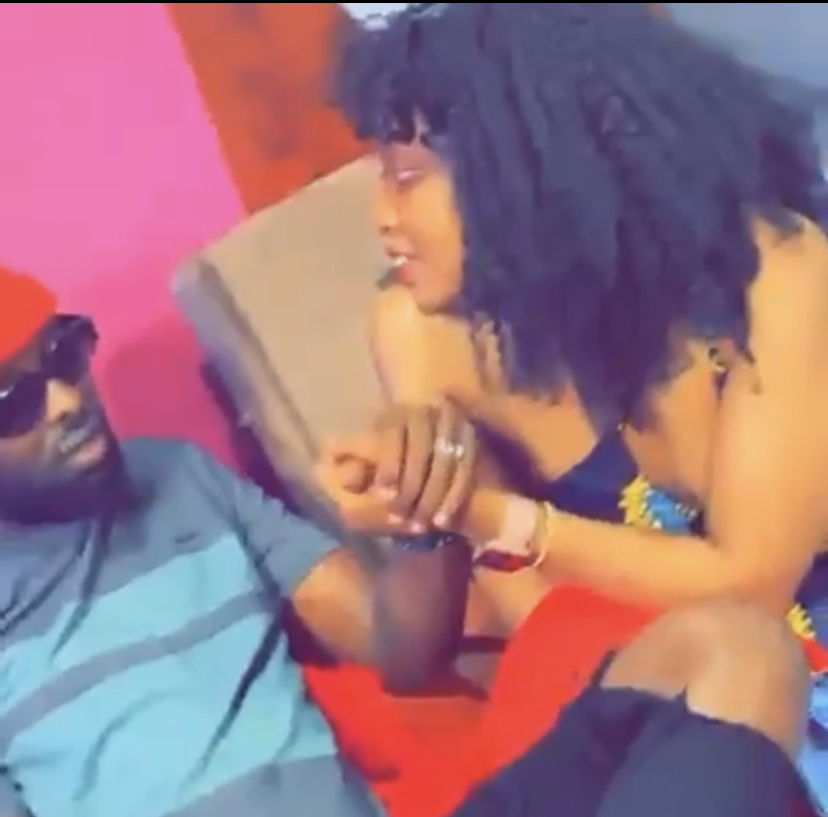 A video has surfaced online in which singer Eddy Kenzo is seen worryingly close with media personality Lynda Ddane and they both seemed to have a wonderful time. The two are seen holding hands as the BET award winner looked to enjoy Lynda’s soft and warm skin.

Speaking of Lynda, the NTV presenter was seen staring directly into Kenzo’s eyes at the same time blushing throughout this intense moment. The two, who were exchanging words cannot be heard as the audio of the clip was muted. The Queen of happiness was later seen hugging Kenzo tightly as they both wanted the moment to last forever.

We do not remember the last time we saw Kenzo this happy besides a woman, something that has sparked off dating rumours between the two entertainers.

Lynda Ddane, who has been linked to fellow workmate DJ Bryan has kept quiet about their dating rumours which has left online in-laws concluding that the music jokey is probably just “eating”, nothing serious.