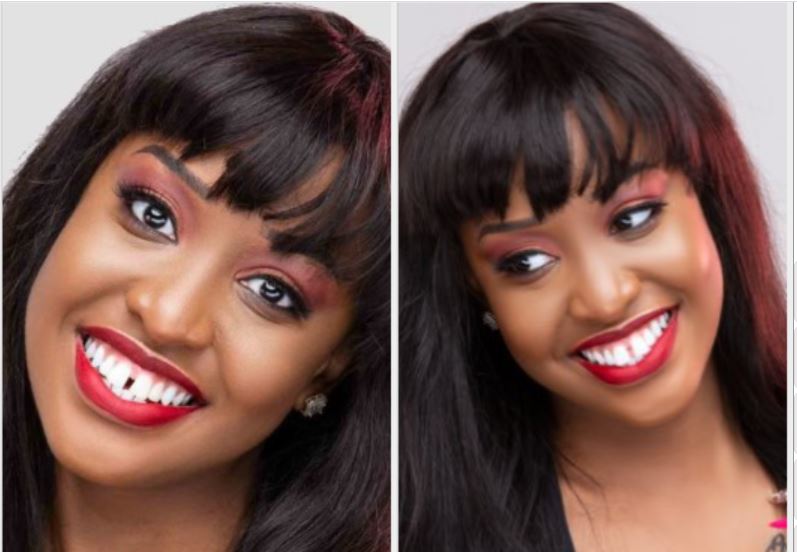 In a video making rounds, TV/Radio Personality Lynda Ddane revealed that she spends UGX 1.5 Million on her wig accessories alone.

She did mention that on days when she decides to step out without her hair properly made, she dons a 1.5 million wig to keep her style in check.

A radio motor-mouthed drone known popularly as Kasuku who was in the same phone footage with Lynda ran short of words to the fact that a whole 1.5 Million is spent on wig content alone, short of a hair plait.

Lynda Ddane is not the first socialite to publicly reveal the cash tag attached to her hair accessories. Earlier this year, Gloria Mulungi Senyonjo popularly known by her stage name Baby Gloria left campusers holding their jaws after she revealed that she spends UGX 1.2 Million on her hair, young as she is.

On top of the hair piece (wig) Lynda says she is hunting for more money to plait it. So roughly that would go for another 1 Million or plus.

Social media as since branded her as an expensive-to-maintain kind of chic, title she says, resulted into men scattering away from her DMs.

Lynda proved this all through sharing another video showing her hair plug with interestingly more expensive wigs.