Leather Jackets, a must have! 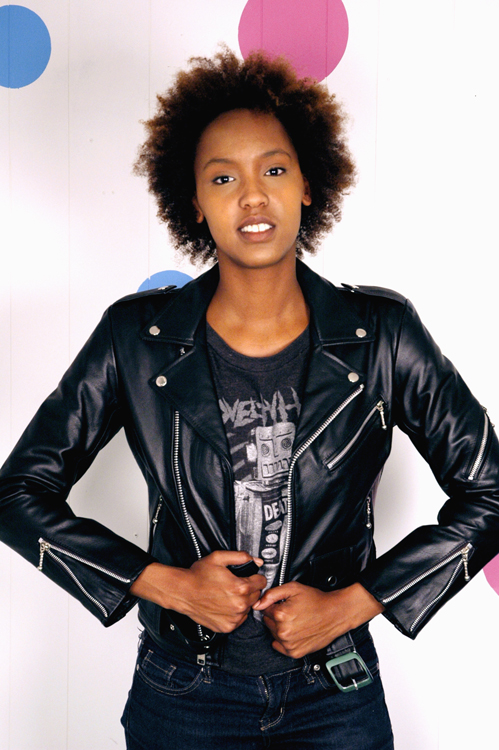 The leather trend started with the famous leather jackets during the First World War. The jacket was initially made for aviators and was called the bomber jackets. The bomber jackets were bulky, valued for their warmness and had lapels that would help protect the pilots from elements like cold weather and explosives. Irving Schott and his brother invented the iconic perfecto style in 1928 which was adopted by the biker gangs and greaser subculture in America hence getting its famous bad boy nickname. In 1960 Yves Saint Laurent launched the perfecto trend on the runway which later spread to Europe and girls also started wearing it as their school uniform.

Leather is a trend that comes and goes but never grows old. Over the years, many fashion designers have modified the perfecto design which was bulky and could only be worn in very cold areas but can now be worn in warm places like Africa.  This year designers like Burberry, Givenchy and Alexander Wang featured leather looks on the runway. They featured leather, leggings, pants, shorts, skirts, dresses, blouses and even shirts for men! Yes, men too have fancy leather-shirts which they can wear with jeans and look chic. As for the ladies anything leather will make you look elegant, add a touch of class to your look as long as you accessories and hold your hair well you will pull it off. It is not only in the famous black, red and brown colors but also in other colors like maroon, green, purple and pink. Not only has leather hit the international scene but also the local scene. This trend has become as essential as the little black dress, believe me, you need something leather in your closet.