by Amisha Mukasa 5 years ago5 years ago
Share via

The 2016 elections are rounding up and speculations of who will win the presidential race is all one can hear now days. The biggest contenders everyone can’t seem to get enough of are; H.E Yoweri Kaguta Museveni, Dr. Kizza Besigye and former Prime Minister, Patrick Amama Mbabazi. Campus Bee besides being a serious informative source, also likes to let it’s hair down, so this article is not about the events in the campaigns but about the fashion of each of the candidates.

First all, I clearly know that no one cares for the clothes that the country’s future presidents wear, but the promises in their manifestos. However, that doesn’t stop my inner fashionista from getting all wound up when I see the president wearing his over sized yellow shirts and trousers that look like cargo pants for public speeches. I will start off with the president himself. He does make the effort to wear suits when it counts like if he’s having a meeting at the Parliament or attending an African president’s inauguration. 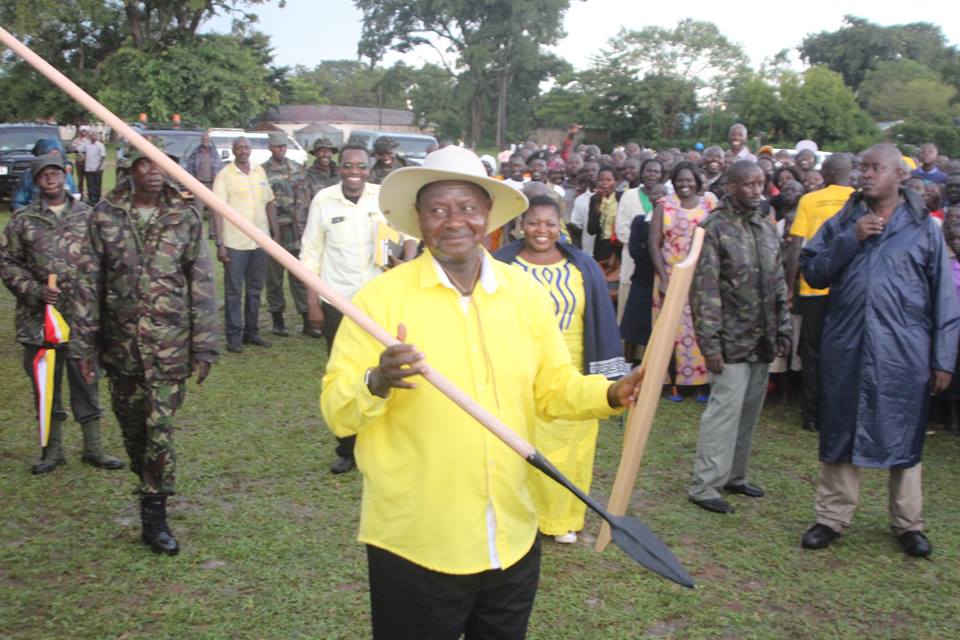 Then other times, he shows up dressed like he was called to a public gathering on short notice, on his way to inspect his cattle. The big shirts and trousers don’t really scream president to a person who doesn’t know Uganda’s leader because one would expect the president of a nation to always be sleek in his dressing. 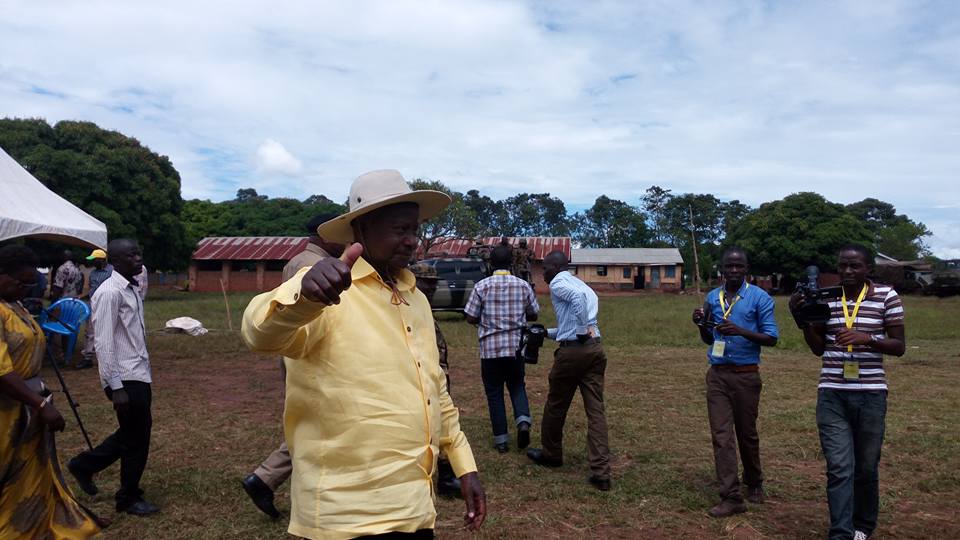 Actually, when you look at a picture of the African presidents at the Global African Investment summit or any other pictures, you can’t miss him. He is always in his over sized suits and the legendary cattle hat. Yes we get it, Banyankole raise cattle. Hooray!

Next is the “Go Forward” man, Patrick Amama Mbabazi. Let’s face it, this man rarely has wardrobe malfunction. His suits are always the perfect size and the shoes, aren’t bad at all. He also has this thing were he buttons up his suit when he stands up and unbottons it when he’s sited. Now that’s a classic move that only a classic man would know of and pull off. 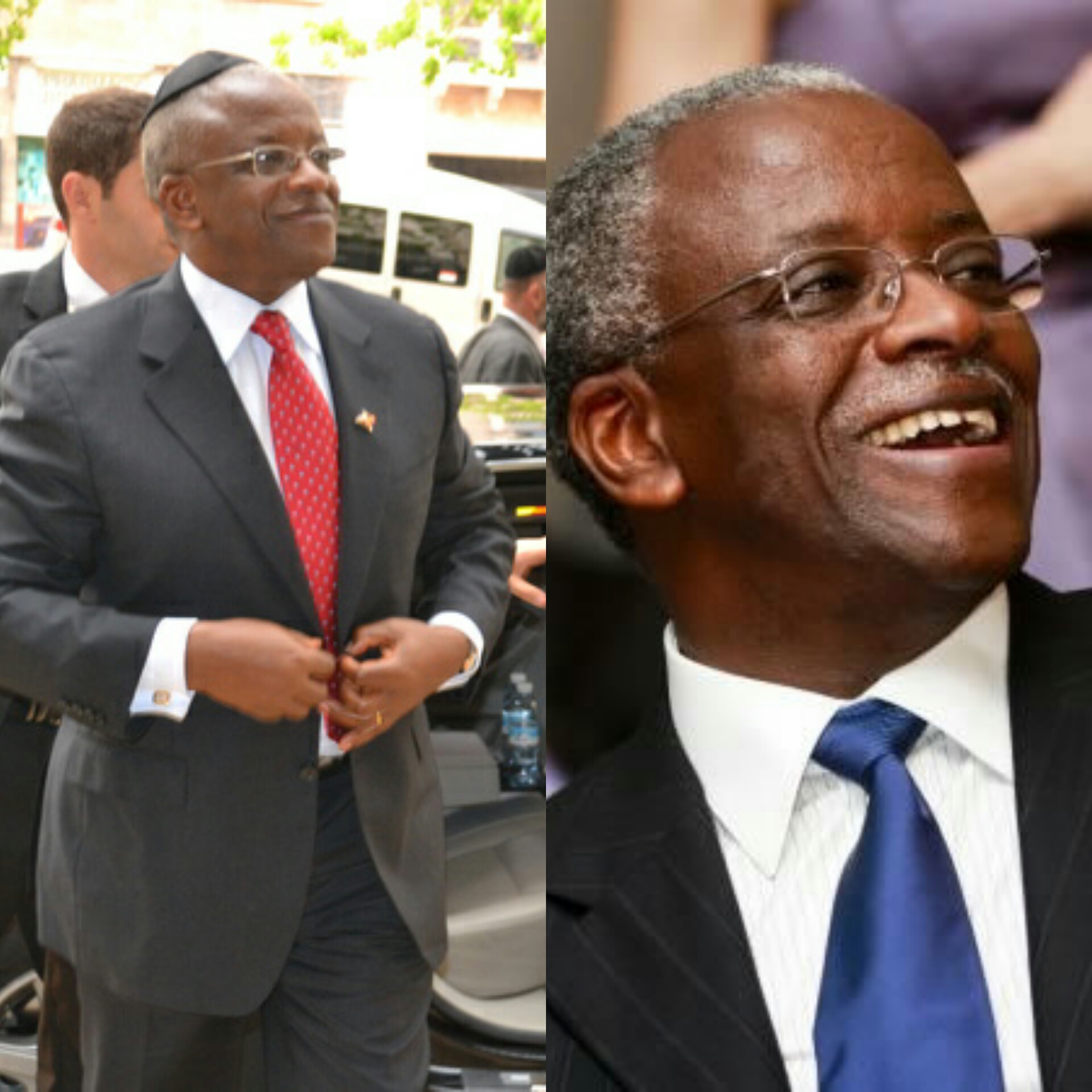 Then we all know Amama has a graceful sway in his walking. It’s like his always walking to a victory soundtrack playing only in his ears. I hope that imaginary song isn’t imaginary when he actually needs it; for the race. During campaigns, he has his signature neat white shit with an orange collar and a Go Forward logo which is always tacked in. 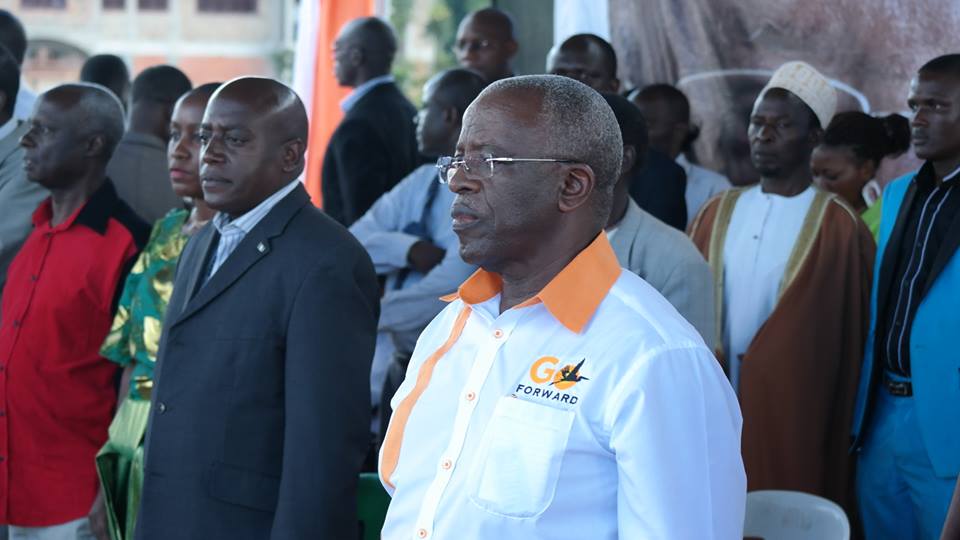 However Amama is still an old man and we all know how the old generation go blind when it comes to fashion. Understandably, because they were born close to the B.C era. So some of his fashion choices are horrendous.

Lastly is the former FDC president Dr. Kizza Besigye. Where can one start? I actually can’t pin point this man’s taste in fashion. He has his off days and days when he knows he ran one of the biggest political parties in the country, and thus has to look the part. A style symbol that I can’t however get out of my mind when I think of him, is his caps on formal outfits. I don’t know if it’s the sun, or his fashion identity but he surely needs to drop that act. I get that he has to hide his face from authorities time and time again but he could be less obvious by wearing a baseball cap. No one would ever single him out. Oh, plus an Amama sway in his strides would get Kayihura himself to pass right by him. Generally, the man isn’t doing too bad but his still rough around the edges with his taste in style. 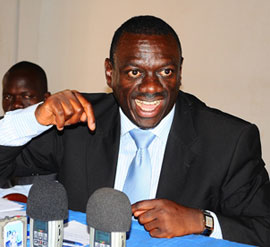 I don’t know if these men have personal stylists or their wives do the selecting but whoever is doing it needs to up their game. These men are idols to the nation and many children look up to them, so they need to dress the part. Not all is bad however; Museveni has originality because no president is rocking the cattle hat and plus, his the President of Uganda. Besigye has an elegant and refined wife that must have an impact on his style and Amama knows his stuff for the most part.
Fashion is mandatory for everyone, even to important men such as these. Our generation apart from being wise and smart, are also superficial. So, we are most likely to pay more attention to what your saying if you dress in accordance to what you’re preaching. And yes, let it be known that I am fully available for fashion services for all these three in case an ironic position for a stylist has miraculously opened up.