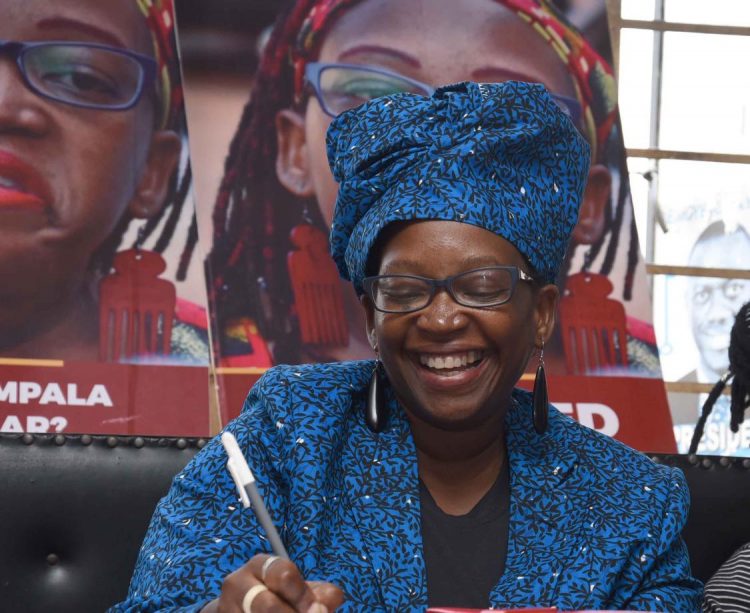 The researcher this morning took to her social media platforms to compose a very deep poem particularly stinging “Becky” who everyone has interpreted as Hon Rebecca Kadaga, the speaker of parliament.

According to Nyanzi, Kadaga has continued to stage her “dry eyed excuses for the bribe money” with her “loud furious shouts” in parliament. It should be recalled that Kadaga recently summoned Kyadondo East legislator Robert Kyagulanyi aka Bobi Wine for describing the UGX 20Million received by each MP as a ‘bribe’.

The extremely x-rated poem which cannot be published on Campus Bee highlighted “Becky” and other legislators who accepted the money as greedy leaders who have failed to support suffering Ugandans during this Pandemic.

“Her frenzied screams of disagreement at the Attorney General dry my inner wells. Her insults on MPs who sought Court’s Intervention kill my libido for weeks.” Reads part of Nyanzi’s poem.

Several MPs have come out to defend their decision to take the UGX 20 Million. According to some of these MPs, they will use the money to help the vulnerable poor as the lockdown continues to bite hard.

Nyanzi was suspended from Makerere University over indiscipline and later jailed but her desire to fight for the suffering poor hasn’t shifted an inch.