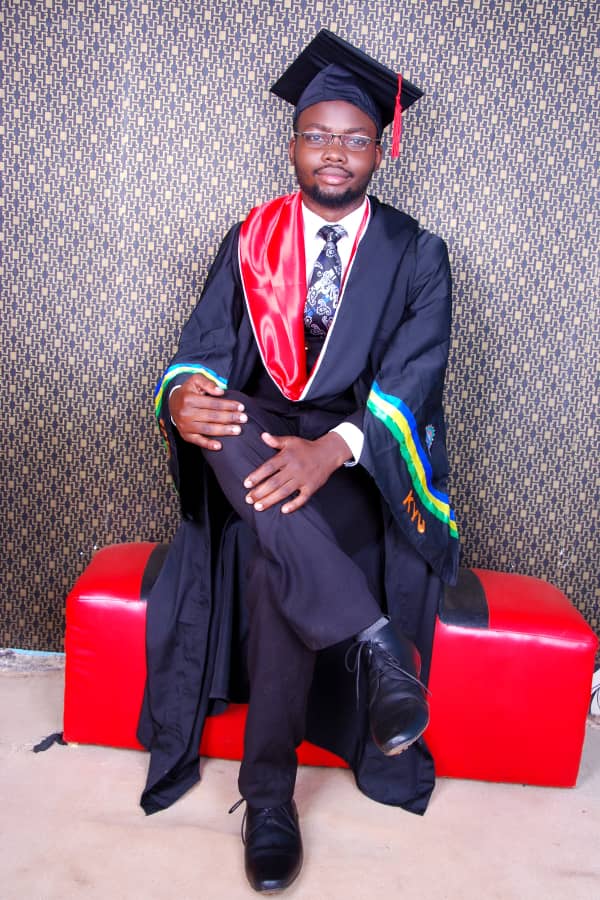 Among those that have jubilantly graduated from the Banda based institution is Shadrach Kolya, a Senior Writer with Campus Bee.

Shadrach has graduated with a First Class (Honours) Degree in Bachelor of Science in Accounting and Finance with a CGPA of 4.50, rendering him the fourth best among a list of over 1,100 graduates in his course.

While describing his journey to success, Shadrach said it wasn’t a bed of roses. He had to balance his Guild Leadership, External Faculty Projects, Writing and Academics.

“I ran for GRC in my second year at University. While I thought this would have a significant negative impact on my academics, I was sure it would bring the best out of me for as far as leadership and communication skills were concerned. I felt I should equip myself for life after campus as well”, Shadrach noted.

While he successfully secured a position in the Guild Council as the GRC of School of Management and Entrepreneurship after a highly contested election, his original ambition was to run for Guild Presidency.

In his third year, he was selected to represent the University in the CFA Research Challenge, an international financial competition organised in Kampala. His team of four (4) beat all Universities in Uganda to claim a position on the world stage.

“I was the leader of the Kyambogo University team in this competition upon selection by the Head of Department. We competed with Universities like Makerere University and Uganda Christian University. We seemed like the underdogs because it was our first time but we went on to win and represent Uganda overseas. The work we performed ate into the time I was required to study but balancing was key”, Shadrach said.

Shadrach joined Campus Bee as a Junior Writer in his first year in 2018. He has written passionately on events as they unfold at Kyambogo and other Universities in Uganda. He is currently pursuing a career in Finance and Auditing.

He advises those, who are still continuing with their studies not to only limit themselves to the four walls of a classroom. He advises them to embrace diversity and try out various fields/practices as this contributes to skills building and competence which are required by employers after school.