City Babe Locked in House and Burnt to Death 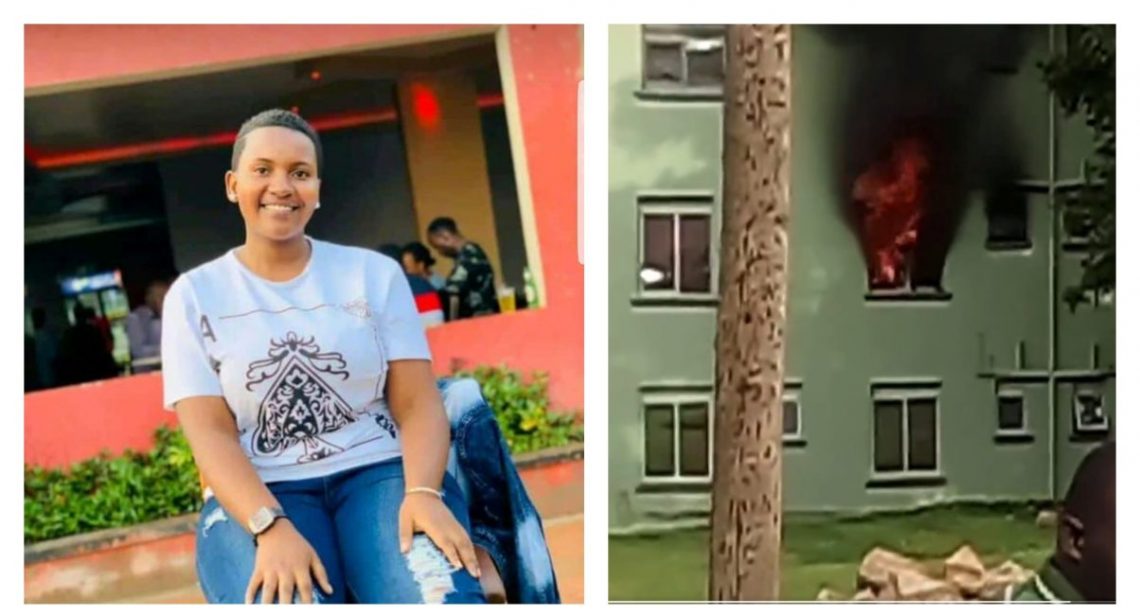 A 24-year- old city girl, I identified as Arinda Patricia was on Friday locked in an apartment in Kawempe and burnt to death, reports indicate.

Arinda, together with a dude only identified as Kasumba was allegedly invited to a ‘non-existent’ birthday party in Kawempe. The two, according to reports were locked in the house by the host shortly before an explosion that burnt them to death went off.

A one Kaitesi, the host of the birthday party, excused herself outside and moments later, the house burst into flames thus killing the two guests.

Police have confirmed that they are treating the incident as a murder following information from preliminary investigations that the victims were locked in the house before a fire broke out, killing them.

According to Luke Owoyesigire, the Kampala Metropolitan Police Spokesperson, the incident happened on Thursday evening at the house belonging to one Grace Sanyu in Nabweru.

Although it has been initially suggested that the fire couldn’t have been from a gas explosion, the police Spokesperson says the gas can in the rental house was found intact by the police fire brigade who rushed the scene to put out the fire.

Owoyesigire says they arrested and detained Keitesi as the main suspect in the case after she received treatment from Kawempe Hospital.