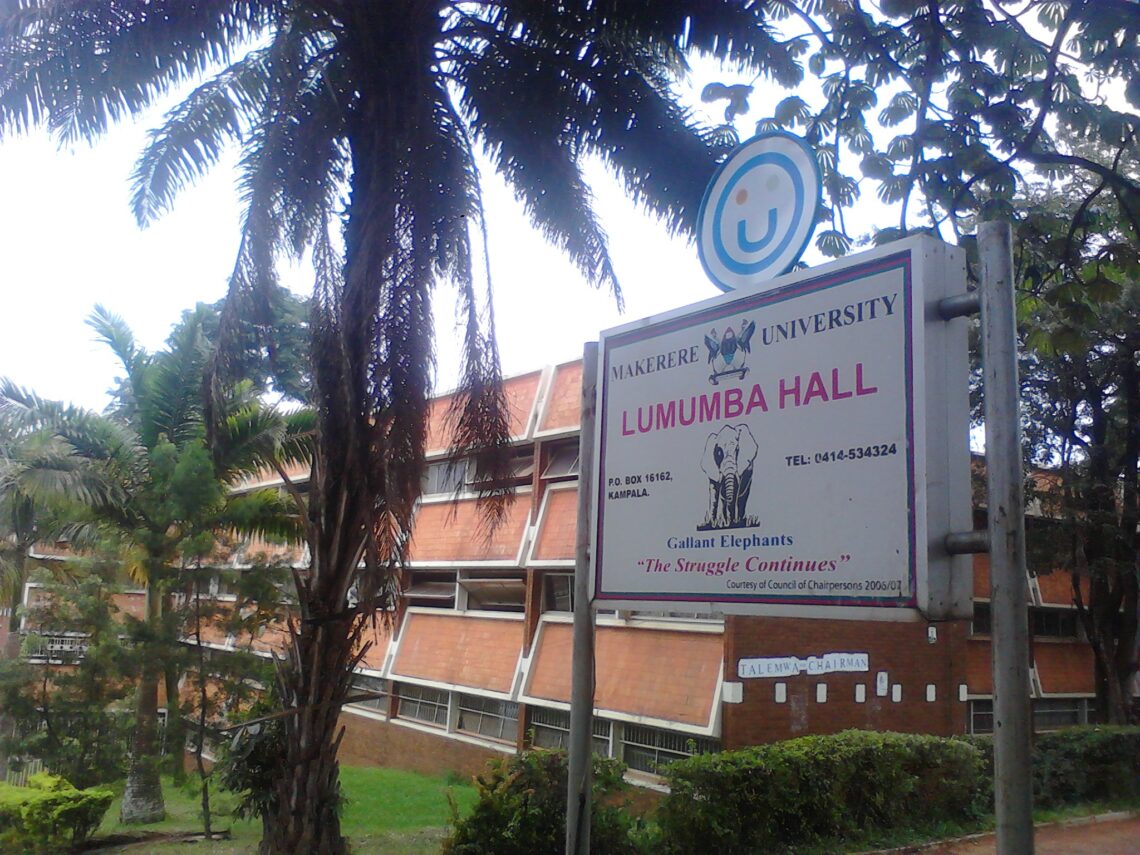 Renown Makerere University Giants of Lumumba Hall are crashing the media today with a “Golden Jubilee” celebration of existence at the great hill. An abstract imagination of normal times (prior lockdown), Makerere University Hill would be dissolved in a blaze of celebrations as the “Elephants” would run riot trumpeting glamorously.

Lumumba Hall was built in the late 1960s and was opened in 1971. It was named after the late Patrice Lumumba, a freedom fighter and the first Prime Minister of the Republic of Congo (currently the Democratic Republic of Congo). It is the biggest hall on campus and the students call them selves the “Elephants”.

Located on Lumumba road just next to Mary Stuart, he hall accomodates about 752 students, with 241 double rooms and 2 open blocks. It is affiliated to Mary Stuart hall of female students. And this affiliation brings social, cultural and a solidarity known as Lumbox

The hall has a monument that is honored by most students known as Gongom. Gongom is addressed as His Majesty, Highness and dressed in an attire (a graduate gown). This attire inspires students to read and work for it and also as a symbol of Unity. The Gongom monument was introduced by former students including the current Lt Gen. Elly Tumwine.

Gongom was killed by Idi Amin Soldiers who had invaded Mary Stuart hall and lumumba students fought back to repulse the soldiers. The Gongom monument has a protection Brigade known as Gongom Protection Brigade of 10 members manned by a General. The Brigade prepares an SCR budget for Gongom upkeep.

With the current Guild President emanating from Lumumba, the coincidence has left the Student leader unmute about the celebration and took the jubilation to Twitter