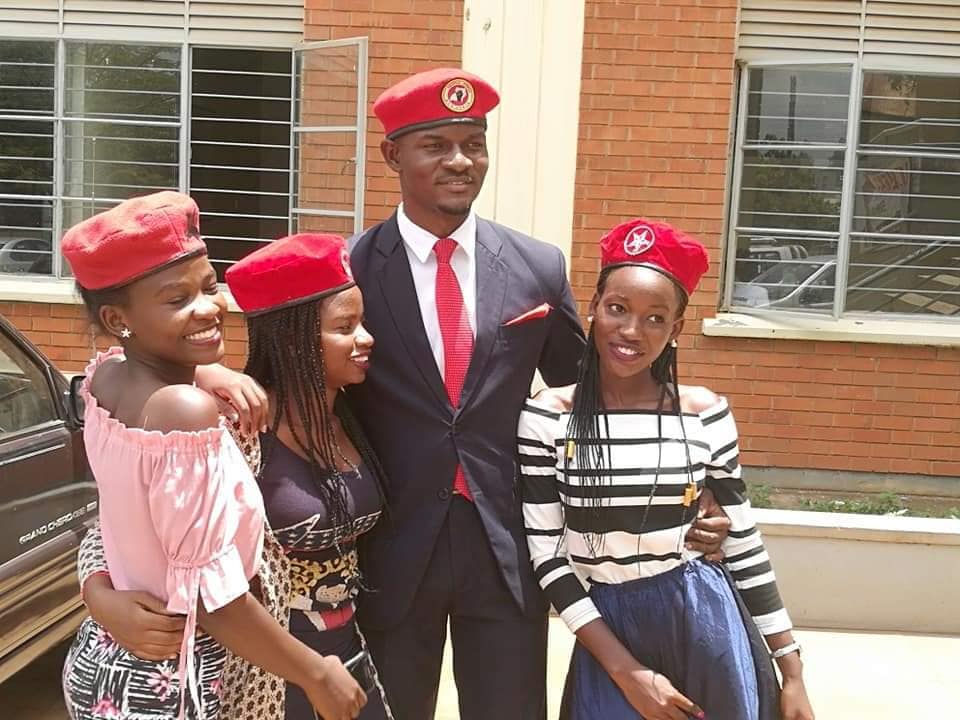 Mukisa and supporters during the election last year.

Mukisa Joshua William, a former Makerere University guild aspirant has come out to advise the government of Uganda to give all the COVID-19 money it collected to Prophet Elvis Mbonye as tithe.

It should be recalled that Mukisa, a Law student and People Power die hard competed tightly in the previous Makerere University guild elections and he came second to the current guild President Julius Kateregga.

Mukisa argues that maybe Uganda would have already been saved from the Coronavirus pandemic if it only considered giving God first before giving the money to the task force. According to Mukisa, all the people who sought the Prophet’s guidance and help had to first give him an offering.

“All the people who sought the Prophet’s guidance and help had to first give an offering to the Prophet. This is how they were able to get his audience and hear what God had to speak into their situation.” Mukisa wrote.

According to Mukisa, it is the government to contribute to Mbonye instead of him contributing to the task force.

“In the same way, during this Pandemic, Uganda’s focus should be towards getting divine guidance from the Prophet instead of him contributing towards the Pandemic. This is the only way we can count on a super natural intervention from God.” Mukisa added.

Mukisa further advised that Uganda’s situation needs God’s guidance and we can only get through this without negative social, economic and political implications if the money is given to the Prophet.

“What remains is for the government to believe in him (Prophet Elvis Mbonye), give him tithes and hear him say that: Tomorrow about this time, you surely will be in a better place.” Mukisa concluded.

The advice was shared on his social media platforms three days ago but the government has not yet replied or given Mbonye the money. It should be recalled that the First Lady Hon. Janet Museveni recently revealed that Uganda has so far survived the Pandemic because of God’s mercy and love.