Hostels Named! Reasons For The 35% HIV Increase Amongst University Students 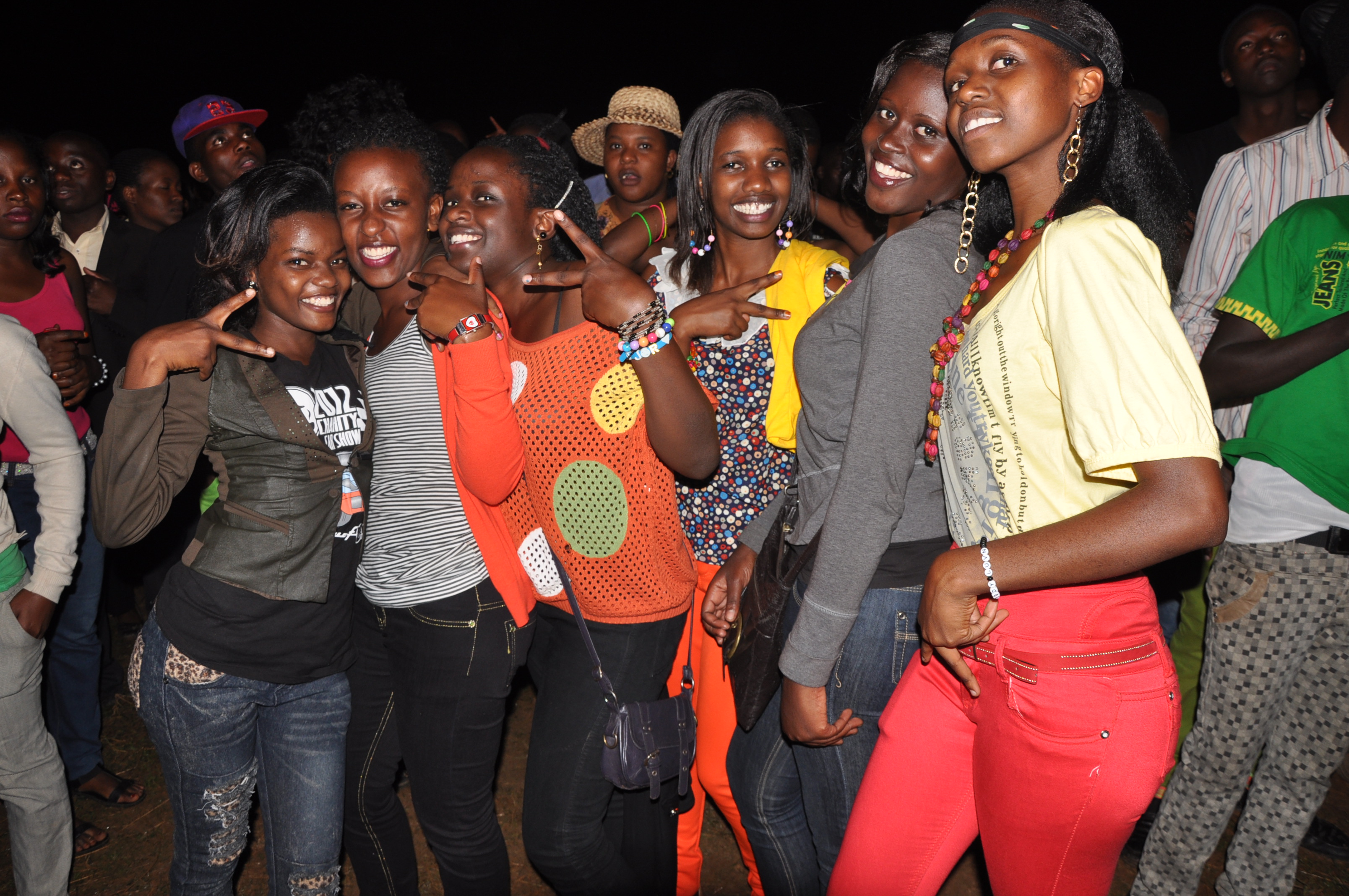 Bishop Stuart University Mbarara Girls at a Party that was organised by Ultimate Hostel, Mbra.

This quest for excitement and pleasure suggests why many students have their first sexual encounters at campus. It’s an exploratory year. The girls want to relish the blossoms of passion and romance while the boys need to test the limits of their manhood. This will be accomplished by sleeping with as many girls as possible; writes RAYMOND LUKWAGO

In the early 1990s, Makerere University was the only recognised institution of higher Education in Uganda. Over the years more institutions of higher education have sprouted attracting a lengthy lane of students from all corners of East Africa. Therefore one could simply correlate the surging HIV prevalence rates and numbers amongst university students to the increased populations around these institutions.

But research carried out only shows cramps of the real digits and not the exact prevalence rate as earlier assumed since a set of students is used to determine the rates and not the entire student population whereas some information is consistently concealed by the subjects under test for fear of exposure.

Findings of the study on HIV seroprevalence and its related factors under a report entitled, “HIV/AIDS Baseline Sero-Study In Ugandan Universities was done by R.A.H.U showed that HIV prevalence amongst university students stands at 35%. A lucid manifest that H.E. Museveni’s ABC strategy that fought HIV to [2% in 2002] is wailing out amongst the current generation. Today we discuss why there is a plummet on HIV awareness amongst the university students of today.

Qualitative data shows that students whose religion and strict home upbringing played an important role in their lives had much more stricter attitudes towards sexual relationships. But that only is evident for the first few days and months as arrival at university marks a significant transition in culture and environment. In the absence of restrictive parental surveillance and supervision, new students find freedom and excitement. “You arrive at campus and there is this all new kind of life far different from home. “You want to experience everything quick in the first four months at campus and that’s how sex comes along.” Vivian a student at Makerere
University says.

This quest for excitement and pleasure suggests why many students have their first sexual encounters at campus. It’s an exploratory year. The girls want to relish the blossoms of passion and romance while the boys need to test the limits of their manhood. This will be accomplished by sleeping with as many girls as possible. And since most universities in Uganda are wholly accepting of students having sex add the social peer pressures to acquire a sexual partner, even the religiously motivated that cling onto their vows of chastity will be compelled to indulge in a relationship which may have sex involved at one point.

Faithfulness Lies In a Balance

Report findings suggest that multiple past or concurrent partners mainly by the females attributes to the rampant HIV rates at campus. Female students have been perceived to date older men who they perceive as more mature than their peers whilst most still hook older guys mainly for economic gains. I do know of a friend who has survived at the hands of his old boy friend’s pockets her entire time at campus. Actually it’s quite normal both to the male and female students today for females to have one generous young partner and a working class older outsider. I had a friend who told me,

“Every girl wants to be seen in the best car, with the best handsome guy. When I come back to hostel I want to be seen with shopping parcels embroidered with some prominent supermarket’s name.” “So if my handsome guy can’t give that to me, I hook up some old chap to do that.” She adds.

Today the likes of Akamwesi at MUBS Nakawa, Nana Hostels at Makerere and Vienna Girls Hostel at UCU Mukono are now prominent for hosting old men both amongst the student community and corporate working class.

It’s not just cross generational sex happening at campus even on campus generational sex does. The freshers all looking glam and innocent in an ambient search for adventure are taken advantage of by the older students at university. They’re described as naive, vulnerable and easy targets to conquer. “When we arrived at campus all 2nd, 3rd or 4th year students looked attractive and had a unique sense of style we all adored. If one approached me then I wouldn’t hesitate.” a student affiliated to Nkozi narrates. There’s high sexual activity happening behind the doors of
university lecture rooms i.e. student – lecturer affairs. Reason for such entanglements could be mutual understanding between the two parties or uncalled for sexual advances from either of the parties most times it being the lecturer. A UCU student jokingly tells this writer “Just for marks I would do my lecturer if it’s the last resort.”

Casual sex has become too common at campus. Students just want sex. When you see people coming with beer bottles clanking, use recreational drugs at parties or bashes, all they want is to have sex with no strings attached. Excessive drinking and frequent abuse of recreational drugs at house parties and bashes attributes to increase in the eminent risk of having unplanned, casual and unprotected sex. Participants to these bashes testify that condoms are never available at these events.

Majority of the students are familiar with HIV/AIDS and its mode of transmission but still hold too many misconceptions about this pandemic. Many students perceive the aftermath of becoming pregnant as more catastrophic than being infected with HIV. In relationships condoms are trashed and non – prophylactic birth control or morning – after pill are opted for. Girls perceive having sex while on contraceptives being safer than using a condom. Also partners tend to stop using condoms the moment they start trusting each other the research reports.

4000 condoms maybe supplied at the Makerere halls of residence weekly but how many are stashed in the pathways of those mixed hostels outside the university? None. But in these rooms students copulate day in day out eventually this exposing them to the disease. Girls’ coyness to initiate the use of condoms before sex in relationships for fear of being viewed as promiscuous is a factor too.

Most universities culture especially the religious centred isn’t supportive to the HIV-positive. The corrugated perceptions of stigma continue to scare and chase away those who want to open up about their status or want to test. A medical student at Mbarara University says, “It’s easier for HIV people to keep their status private. That way everyone continues to treat you the same.” Many students reveal that they would rather test outside campus than at the university health centres for fear of their results being exposed or used against them while to others; they continue living in denial and never come for HIV testing. This explains the small numbers that ever turn up at the university clinics or organised health weeks to test particularly for HIV.