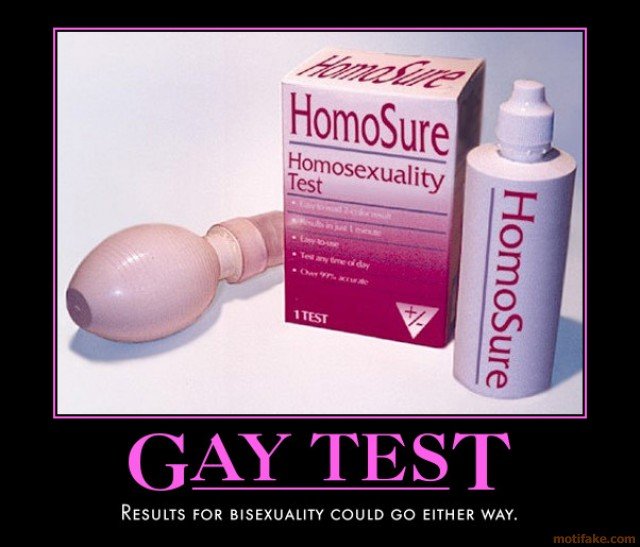 Just like how women take a test to confirm pregnancy, the next big thing is that you will be able to test whether you are homosexual or not. Funny enough, one can take the test at home since the kit comes with instructions on how to use.

As of today, many are debating on whether one can be born a homosexual or not. Although a certain group of scientists argued that one can be born with a homosexuality gene,religious leaders and other medical studies have countered this argument by positing that being gay is an individual’s choice and not inborn.

Research indicates that homosexuality is not allowed in many countries worldwide, with the Middle East and Africa leading with the number of nations that do not condone this nonsensical practice. Uganda also signed into law a homosexuality Bill that will see homosexuals in the country go to prison for the rest of their lives if found guilty of that offense.

Nigeria also hit the limelight a few months ago for seeking to implement a Bill that will also see homosexuals face stringent punishment if found practicing this trend in that country. Kuwait, in addition to other Middle East countries have gone further and developed a special test kit that detects homosexuals in certain places which include but not limited to check-ins at airports.

When found, such people are then barred from entering the country. Apparently, being homosexual in most of the Middle East countries like Saudi Arabia, Yemen and Iran is punishable by death. Other countries that punish gay people by death in Africa are Mauritius and South Sudan.

Although the kit has not yet found its way into the Ugandan market, speculations are that reliable is this testing kit? someone maybe sent to jail for the rest of their lives for an offense they never committed in the first place.