Videos of a young woman mimicking singers have, for the last three months, been making the rounds on social media sites. The author and protagonist, Martha Kagimba, is a photographer and comedienne who gained popularity in August this year when a video of her testifying about being nearly knocked by her dream car (the Range Rover) was posted on Facebook.

She has since posted videos of her mimicking Irene Ntale and Sheebah Karungi who are both Ugandan musicians. The 21-year-old has completed her Mass Communication degree at Uganda Christian University, talked to The Standard, The University’s bi-monthly newsletter. “I had no idea that the videos would receive attention from various organisation like the Bill Gates Foundation, musicians and comedians like Anne Kansiime.

“I shot the (Range Rover) video for my brother, and I did not initially want to post it on social media. But surprisingly, I woke up the following day to be told that the video had many views,” Kagimba said in the interview.

That and other videos have brought Kagimba so much fame that she is currently an ambassador of the ‘Fly’ campaign under the Bill Gates Foundation.

The campaign is aimed at showing teenagers that one can achieve one’s goals by pursuing one’s talents. “When one of the campaign’s bosses contacted me about being their ambassador, I hesitated because I was scared that I could not manage the task but after a lot of convincing I accepted the deal.”

Kagimba was born in Nairobi and raised in Nakasero, Kampala. Born to Margaret and Jessy Kagimba, she is the lastborn of four children. She went to Kabojja Junior School, St Mary’s College Namagunga School, and Kabojja International School before joining Uganda Christian University to pursue a degree in Mass Communication. 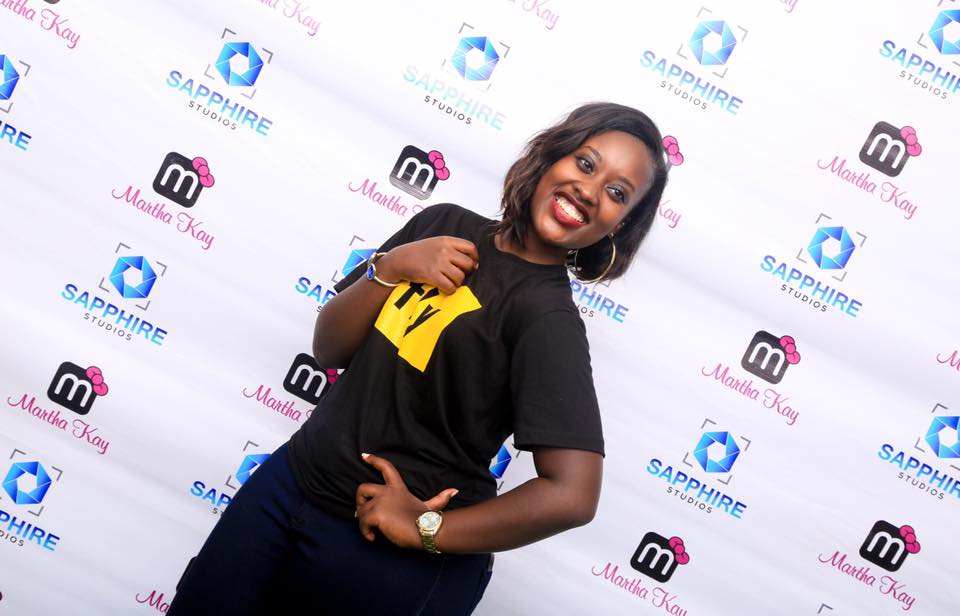 On her 18th birthday, Kagimba’s elder sister asked her what she wanted as a birthday present. “I wanted a phone tablet that could take pictures but my sister suggested that I get a professional camera. She bought me a camera and that was the beginning of my work in photography. I also studied in Haiti for my Senior Six and photography was among the extra activities we would do,” she explains.

Kagimba had no plans of taking photography more seriously though, and she did not enjoy her first internship duties at The New Vision as a photographer. “I preferred artistic photography than journalism photography whose pictures are about news events.”

“When I went for internship at the World Vision, I had the opportunity to take pictures for the organisation. This prompted some of my relatives to encourage me to do photography on a professional level. That is how Martha Kay Photography was born,” she said.

“At the World Vision’s public relations department, I took pictures out of love, not as a source of income. People began asking me if I would cover their ceremonies like, graduations, weddings, and this is how it started as business,” Kagimba adds.

Kagimba narrates that while in O-level, she was a poor academic performer and this demoralised her. She painfully recalls that she was always among the last people in her class. In her family, she was looked at as a failure. “My brothers and sisters were always performing well. I had the worst grades, some aunties of mine even used to laugh at my mother,” she says.

“One time my mother was called to the headmistress’ office due to my poor academic performance. She asked me, “Do you think I am going to take care of you for the rest of your life?’ I went back to the dormitory and cried. I felt like a failure, and I was depressed.”

By the time I came back to Uganda to pursue a degree in Mass Communication, I loved God more than anything that I even forfeited the freshers’ ball for overnight prayers,” she said. Kagimba adds that when she joined the university, she still had the fear of failure, but prayers and obedience to God kept her focused.

When the first coursework assignment was returned and the lecturer asked who Martha Kagimba was, she got scared. “I thought that I was the last again, but the lecturer insisted and I raised my hand. He then said my work was the best. This changed my perspective about everything,” Kagimba narrates.

“Recently I was told that I attained a first- class degree but I did not believe it until I saw the results. This is a testimony – God is proving something!” she said.

“I have mentors in photography and I continue to learn a lot from them. These include Edgar Arinaitwe, the director of Events Guru Photography; and Lovington Kambugu of Blush Media.”

“When I started the photography firm, I knew how to take photos in a professional way because of the lessons I learned from them,” she said, adding that she looks up to Dr Monica Chibita, the head of the Mass Communication department and Ben Kiruthi, a Kenyan photographer.

“My future plans include opening up a photo studio next year, as well as starting up an events management company,” she concludes.

Interview by The Standard.