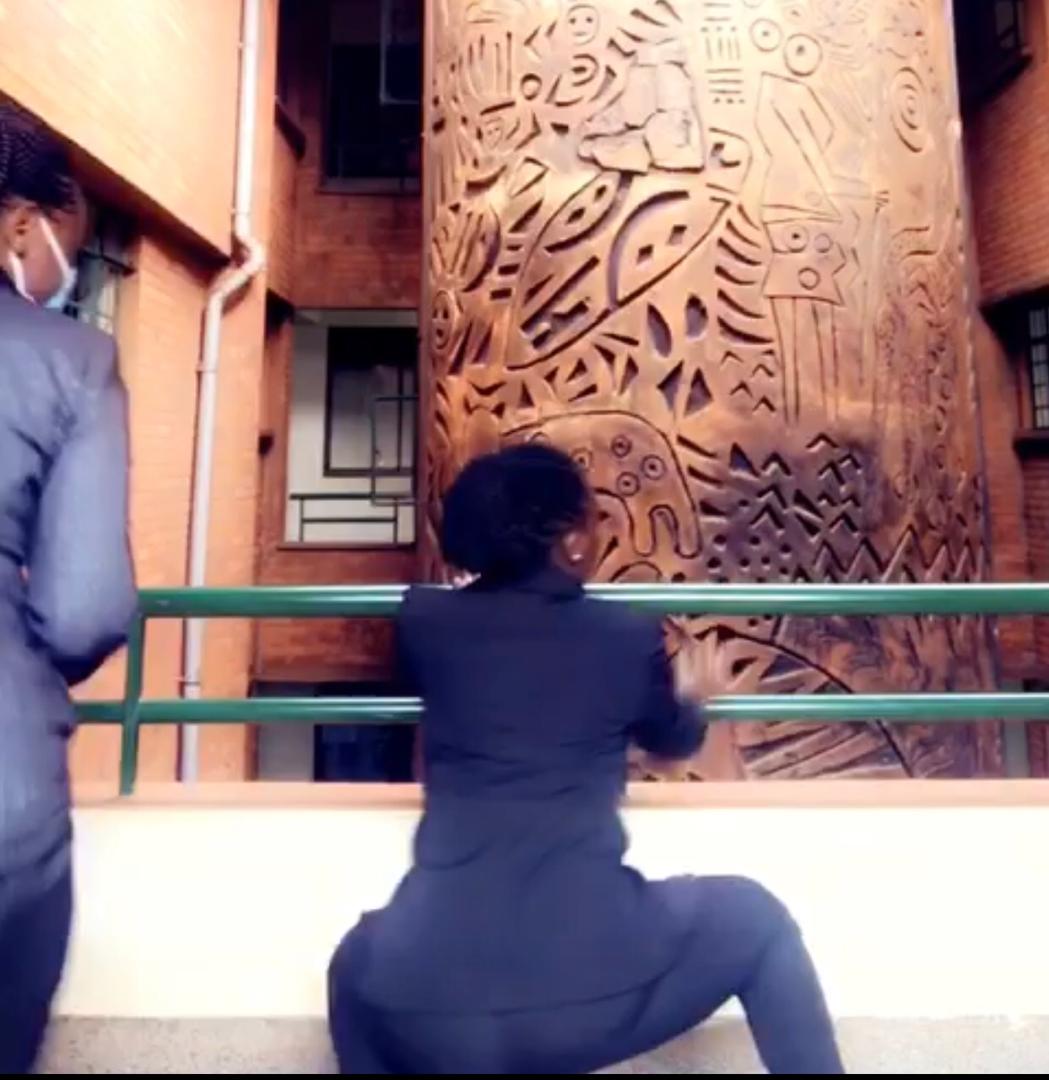 A group of Law Development Center (LDC) students are in hot soup after a twerk video they recorded during their clerkship (internship) at the Commercial Court in Kampala leaked to authorities.

The girls, who were probably making the video for the gram, forgot and the video made it’s way to areas it wasn’t supposed to be.

To make matters worse, they were dancing to the Ministry of Health banned “Tumbiza Sound” jam by Kyambogo’s Eeazy.

The Commercial Court, a temple of justice by legal standards, is a building of high reputation in law and the action of the girls attracted a lot of backfire from members of the legal fraternity.

As a result, they were asked to draft apology letters to the six members of the Commercial Court bench and promise never to do it again.

The LDC management, not to be outdone, has since summoned the eight culprits to the Disciplinary Committee on 6th January, 2021 to answer for their crime.