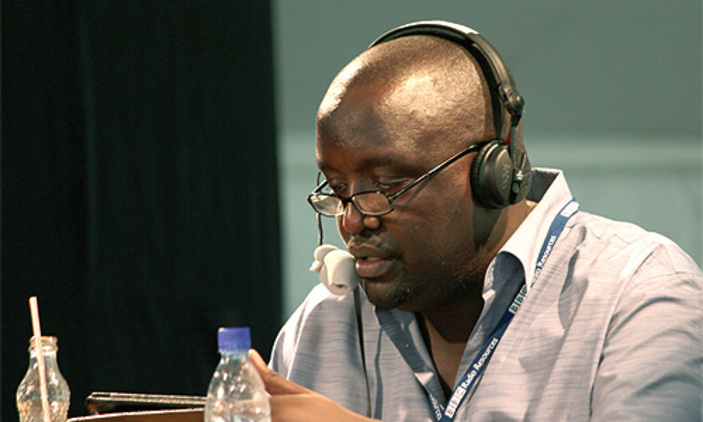 BBC News Day Presenter and celebrated journalist, Alan Kasujja, who led the initial Ssubi fundraising campaign among his circle of friends that included Vision Group CEO Robert Kabushenga and UBC’s Cedric Ndiliima among others has come out to ask the fresher to now concentrate on his books and study.

Kasujja who rallied his friends to join him and they transform the life of the “metallic suit case” fresher, unlike other camera queens and kings, didn’t even disclose what he gave to Ssubi. As soon as he located him, he called upon his friends to then operate away from the cameras and social media. And even if he had decided to give him nothing at that point, he had already done enough.

Ssubi got an iPhone from Twitter slay queen Vanquisha and joined social media immediately. In a space of days, his account has already grown to 2K followers. Recently, he met the French Ambassador and was offered a scholarship to study French. He tweeted: “It has been a pleasure meeting the ambassador and I look forward to working with the Embassy.”

Kasujja, who is seemingly worried that over-exposure may get in the way of his education, advised the fresher to start concentrating on his books and leave the limelight. He quoted the tweet of Ssubi meeting with the French Ambassador and said: “Good.. Kakati, mwana wange, soma!”

Makerere University Opens Applications for New Bachelor of Laws Course, Over 5 Million to be Paid in Tuition