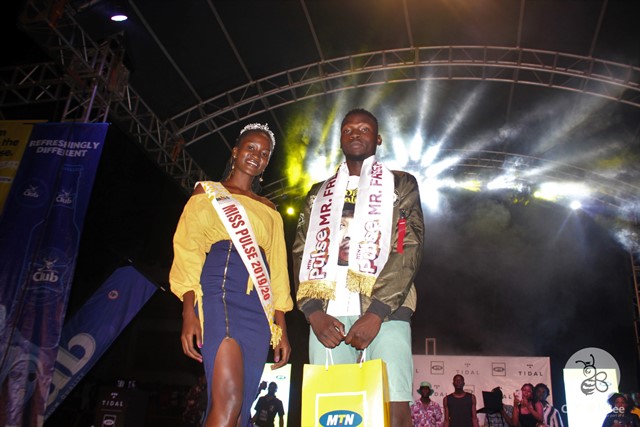 Last Friday, 20th September was an exciting day for some Makerere University freshers (first-year students) and their lives will surely not remain the same. During the university’s Freshers Ball held at the Freedom Square, several students battled for two titles; Mr and Miss Fresher.

The competitors hit the run way to showcase their modeling abilities before the crowd chose their favorite.

Another fresher who only identified himself as Walter emerged winner of Pulse Mr Fresher after becoming the crowd’s golden boy. Walter, who was also crowned by Kusiima dethroned the popular Suubi Henry, who was earlier declared Mr Fresher by the university Guild Leadership.

The losers as well received gifts from MTN despite their failure to become the crowd’s favorites.

PHOTOS: The Craziness You Missed at Makerere Freshers' Ball 2019