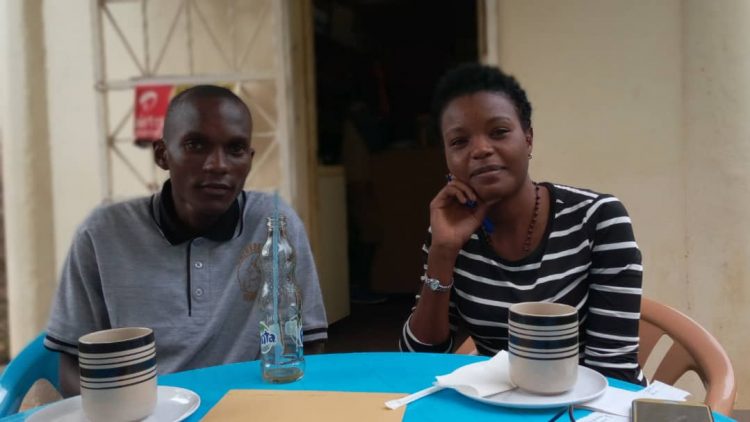 Ssuubi’s rise to fame came after his photo carrying a metallic case as he made his way to the University Hall went viral on social media.

Ssuubi has since received overwhelming offers from various members of the public ranging from tuition offers (if he agrees to change course), to a laptop, stationery among others.

Latest on the list is Catherine Neema, a master’s student of Information Systems who operates a canteen and a restaurant at the College of Computing and information Sciences –CoCIS, one of the nine colleges at Makerere University.

The canteen, which also happens to be the guild president’s favorite lunch spot is located on Block A at the Directorate of ICT Support – DICTS offers among others food that ranges between UGX 3000 and 5000 shillings.

Catherine says Ssuubi will be receiving his lunch from her restaurant. She says he is welcome at any time at the canteen for a plate of food.

According to Neema, having undergone through a similar situation during her undergraduate, she says she was inspired by the humbleness through

“Ssuubi has a symbolic name so why not shower him with more hope. I learnt of Suubi through social media, and considering that I was once an undergrad like him, it is humbling for me to support him. The only thing as a student I can afford is to support him to achieve his dream. He is assured of lunch at my canteen for this semester,” Neema said.

Speaking to the Bee, after the lunch offer, Suubi said; “Being given an opportunity to have lunch is a sign that I have made friends who are interested in making me succeed in my education and am too grateful for the chance given to me.

According to Ssuubi, he has heard from various friends about this status on social media but has not had a chance of seeing it.

“I hear that people have given attention to my story on social media, but I have not read through yet because I don’t have a phone that enables me to see those things,” Ssuubi says.

Adding that; “I have also heard people say that someone gave me a phone which is not true. I have not received it.”

Ssuubi was born in 1999, in Kiswa village, Kammengo, Mawokota in Mpigi district to Rose Nalwanga, and Denis Ssimbwa both primary school teachers.

He was admitted on government sponsorship on a Bachelor of Science with Education (Economics and Mathematics).

He says his favorite subject is mathematics which he passed with an ‘A’ at Advanced Level at St. Bruno Sserunkuma’s SS Ggoli.