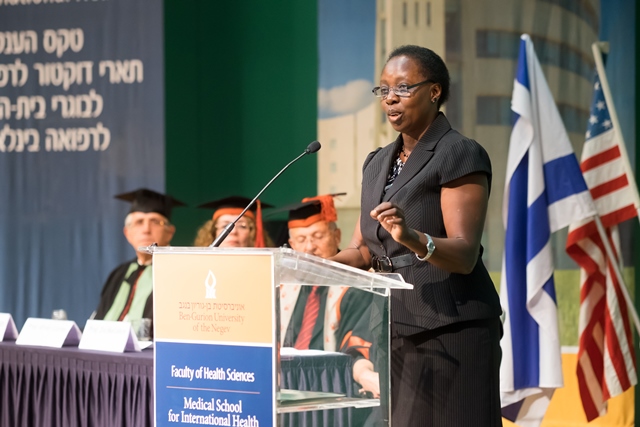 Makerere University Professor of Medicine at the College of Health Sciences, Prof Harriet Mayanja-Kizza has been ranked the best scientist in Uganda in the latest Ad Scientific Index 2022 rankings.

A group of eminent scholars came up with a huge report ranking and profiling the world’s best Professors, Scientific scholars and researchers from 216 countries and 14,200 research institutions, Universities & institutions of higher learning. The selection of the 216 countries is drawn from 10 regions of the world including Africa, Europe, North America, Oceania, Arab League, EECA, BRICS, Latin America and COMESA.

The list of the world’s most meritorious scientists and scholars was arrived at through what the authors described as “a very robust intellectual infrastructure” though there could be some very good or even better scientists excluded simply because their “Google Scholar” profiles weren’t easily accessible or existed but had never been verified for authentication. Dead scholars were also excluded just like those whose names featured in referenced but jointly authored scholarly articles.

The authors of the report, who stress their independence to illustrate the extent to which they acted independently, hope that their voluminous report can guide Universities, governments and the international community in developing meaningful academic incentives and policies leading to the making of better and more helpful remuneration-related decisions and thereby leading to staff retention at the 14,200 prestigious academic institutions that were assessed.

Who is Prof Mayanja-Kizza?

Prof. Harriet Mayanja-Kizza is a professor of internal medicine and immunology and former dean of the School of Medicine at the Makerere University College of Health Sciences.Prof. Mayanja-Kizza is a researcher in the area of HIV/tuberculosis co-interaction, immuno-pathogenesis and immune-modulation treatment among patients with HIV and pulmonary tuberculosis. Professor Mayanja-Kizza has co-authored over 40 papers in this field over the last 15 years. Other areas of research that Prof. Mayanja-Kizza has ventured into include: clinical trials in new anti-tuberculosis treatments; improved ways of diagnosis, prevention, management of tuberculosis with and without HIV infection; HIV/TB immune-pathogenesis; immune responses in newly HIV infected adults; epidemiology studies in neonates and adolescents in preparation for clinical trials sites in new tuberculosis vaccines in high endemic country sites.

Prof. Mayanja-Kizza has mentored many students, has supervised over 20 graduate training students and has been an external examiner at various universities in Africa. She has served on many national and international bodies; as a WHO advisor in the area of tuberculosis and clinical research towards new TB vaccine research studies, IAVI, Uganda Heart Institute, the Ugandan Medical and Dental Practitioners Council, Hospice Africa (Uganda) Board chair and the Makerere University Council.