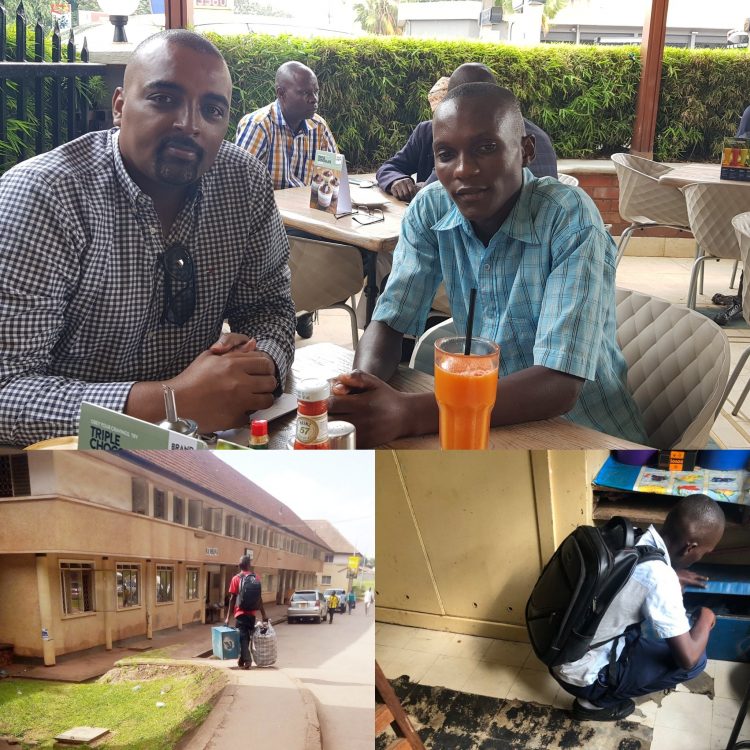 The latest from the streets of Makerere University is that hitherto unknown fresher but overnight celebrity Henry Ssubi Kiyimba is going to be fronted for guild presidency at the university.

The fresher who reported with a metallic suitcase and an ousofia bag was to win public sympathy after his plight caught the attention of BBC News Day presenter Alan Kasujja who immediately started a fundraising drive to better his stay at the university.

On top of cash and property donations from tens of Ugandans on online, Ssubi even landed himself a scholarship offer by a construction company who switched him from Science in Education (Economics) to his dream course, Mechanical Engineering.

That has not been enough however as a section of students at the oldest university in Uganda have disclosed to Campus Bee that Ssubi would make an ideal guild candidate for the institution.

“Ssubi represents the exact portrait of a normal and ordinary university student. He understands where we come from and I believe he would not overnight betray the students’ cause for money offers from the administration.” Alex Tumwine of first year from Lumumba Hall said.

Another student, Edgar Sselwanga from the College of Natural Sciences said Ssubi has the popularity one needs to contest for guild president. “We normally vote for popular students within the university, tell me someone more popular than Ssubi right now? He is even more popular than the vice chancellor.

According to the Makerere Guild Constitution, a first year student is not eligible to contest for Guild President at the university but the students calling for his candidature believe as soon as he becomes eligible, he will be the student to beat.