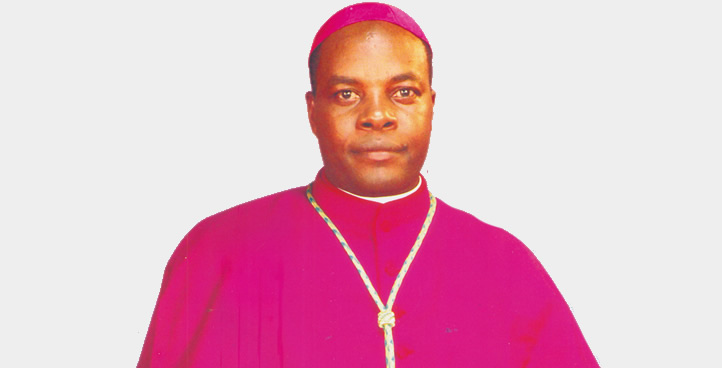 Dr Bainomugisha is going to replace the Most Rev Paul Bakyenga who is resigning from the pastoral care of the archdiocese upon clocking the canonical age limit of 75 years after serving as the Archbishop of Mbarara for 21 years.

When the University of St Joseph, Mbarara (Roman Catholic Church foundation) was officially opened in 2019 by President Museveni, Archbishop Bakyenga was installed as its Chancellor. This means that after enthronement of Bishop Bainomugisha as the new Archbishop of Mbarara, he will automatically replace Bishop Bakyenga as the Second Chancellor of the Catholic based University in Nyamitanga..

Before his appointment, Bishop Bainomugisha has been serving as the Auxiliary Bishop of Mbarara Archdiocese whose role was to assist the Diocesan Bishop in meeting the Pastoral and Administrative needs of the diocese.

Who is Bishop Lambert Bainomugisha?

He is currently aged 58 being born on 12th July 1961 at Kashumba, Bukanga in Isingiro District. He attended Buhungiro, Kyabahesi and Kinyeje for his Primary Education. Later on he completed his secondary school from Kitabi Minor Seminary in Bushenyi District.

He studied Philosophy at St Thomas Aquinas Major Seminary, Katigondo in Masaka District. After having completed theological studies at St Mary’s National Major Seminary at Ggaba, he was ordained a priest of the Diocese of Mbarara on July 13, 1991.

He holds a PhD in Canon Law which he studied from St Paul’s University, Ottawa, Canada. He also served as the Chaplain at Corpus Christi Chaplaincy of Mbarara University of Science and Technology (MUST) for 3 years.

He is the President of the Legal Service Commission. Congratulations Bishop Lambert.

Makerere professors on the frontline using science to fight COVID-19