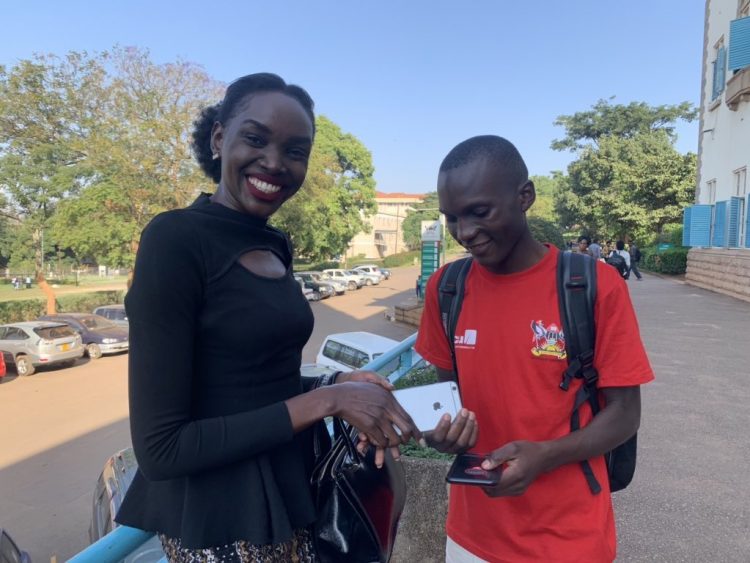 A Kampala slay queen, Vanquisha, gifted Henry Ssubi Kiyimba an iPhone in the ongoing campaign to raise requirements for him and make his life better at Makerere University.

Reports reaching us however suggest that the iPhone has a malfunctioned camera and no charger, something that Ssubi is struggling with. Several Ugandans have come out to condemn the act, saying that dumping ‘kasasilo’ to someone in need is not something that should be done under normal circumstances.

“Give what you wish to receive,” Timothy Khauka lashed at the slay queen. “I thought the iPhone was well functioning but what can someone like Ssubi do with an iPhone that has no charger and a malfunctioning camera?”

The development was confirmed by Makerere University’s head of digital comms, Mathias Ssemanda who witnessed the handover of the iPhone to Henry Ssubi.

“I am glad to inform you that @vanquisha2 has officially handed over an iPhone 6 Plus to Ssuubi Henry as she had promised. This level of kindness can’t be taken for granted. Thank you Vanquisha. The iPhone is functioning well, only missing a Camera and a Charger/Adapter.” Ssemanda tweeted.